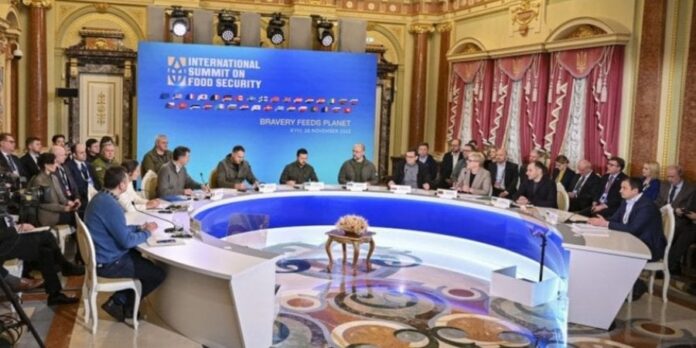 As part of the project, food will be supplied from Ukraine to developing countries in Africa and Asia.

“As part of the initiative, we plan to send at least 60 ships from Ukrainian ports by the beginning of next spring, at least 10 each month. ‘, said Zelensky.

About 500 ships have left Ukrainian ports within the framework of the Black Sea Grain Initiative. This, he said, equates to his 12 million tonnes of agricultural produce in 40 countries. According to the president, Russia is “trying to delay the passage of ships” – the line through the Bosphorus, he said, consists of more than 80 ships.He said that Ukraine will increase the number of ports and this initiative said it hopes to continue indefinitely.

Zelensky proposed creating a new international organization headquartered in Kyiv or Odessa to respond to all global humanitarian and security threats.

According to the Interfax-Ukraine news agency, Japan (about $14 million), Germany (about 15 million euros), France (about 6 million euros), Belgium (about 10 million euros) and Canada (about 22.4 million Canadian dollars) have already Announcing assignments. Funds to combat the global food crisis and secure grain supplies within the initiative.

Grain from Ukraine initiative first announced in President Zelensky’s speech at the G20 summit On November 15th, the first ship, Nord Vind, with 27,000 tons of wheat, left for Ethiopia.