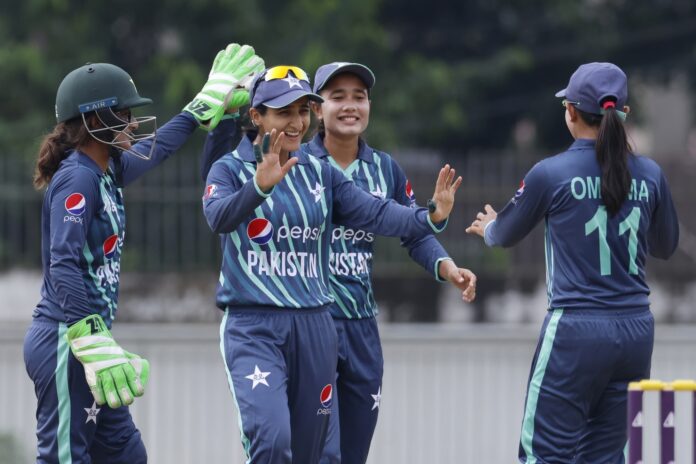 Sylhetian (Bangladesh)2 October (SocialNews.XYZ) Against the backdrop of a dominant show by Spinner, Pakistan opened an account in the Women’s Asian Cup on Sunday by defeating Malaysia by nine wickets at the Sylhet International Cricket Stadium (SICS).

After Malaysia barely posted 57/9 in 20 overs, Pakistan trailed the total with 11 overs left.

After choosing to bowl first in cloudy conditions, the Pakistani bowlers made the most of the conditions as pacemaker Diana Baig hit the second ball of the inning.

Spinner then joined and dominated the Malaysians. Omaima Sohail (3/19), Sadia Iqbal (1/8) and Tuba Hasan (2/13) shared 6 wickets. Malaysia’s Elsa Hunter was the team’s only notable hitter, going 29-of-51 undefeated. This included her three her fours and helped her team avoid bowling stigma and score her 57/9 in 20 overs.

Pakistan’s opener batsman chased a modest 58-run target and gave the run chase a 45-run start on a batting power play. Right-handed hitter Sidra Amin fell for 31 to Mahira Izati Ismail on the last ball of the power play, striking out five fours in a 23-ball innings.

Her first partner, wicket-keeper batsman Muniba Ali, came back unbeaten on 21 of 23 balls, beating captain Bisma Maloof and three-fours. Pakistan’s next match will be against defending champions Bangladesh in the host country on 3 October.

Gopi Adusumilli is a programmer. He is the editor of his SocialNews.XYZ and president of AGK Fire Inc.

As for writing, I like to write about current world politics and Indian cinema. His future plans include developing SocialNews.XYZ into a news website free of bias and judgment.

he can be reached at gopi@socialnews.xyz