Why I’m Glad to Be Living in Crisis Britain 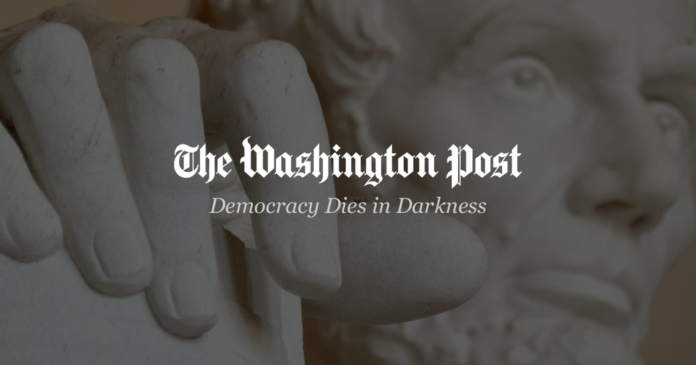 “You picked a good time to come back,” the Waitrose cashier sarcastically said when I told her I was living in the UK for the first time since 1990.

Between the cost of living crisis, communal riots in Leicester and politically-influenced market turmoil, it must seem that British society is crumbling at the seams. So if I say that my first impressions of living in the UK are overwhelmingly positive, I risk being ridiculed.

It’s all about perspective. After a stifling atmosphere in Hong Kong after 2020, arriving in the UK after a sharp departure from liberal values ​​and embracing a miasma of restrictive Covid social control policies felt like a long exhalation. It’s reassuring to be back in a normal place, at least if life calls for a better word.

Since landing, the thing that has impressed me the most is the diversity. The driver who took me and my luggage from Heathrow to a corner of north London was from Afghanistan. Our landlord is from Romania. The business owner who sold me the fitting carpet was born in Pakistan. The hairdresser I went to last week is Iranian. A man from Hungary showed me how to use the dryer at a local laundromat. When I finally tracked down a big bag of Thai rice, a Hong Kong supermarket staple, it was a Kenyan Indian-run converted newsagent.

After decades of living as a member of a small (albeit privileged) minority in Asia, it’s a refreshing change. I’m white, but I don’t feel that way. There is no sense of dominance in any group. Many of the grocery stores that dot the highway have a Middle Eastern flavor. Traditional Chinese medicine, Thai massage, and Turkish barbershops jostle among grocery stores. On Sunday afternoons, the children’s playground in nearby Victoria Park is an ethnic and linguistic treasure trove. Last weekend, I spoke with a Chinese immigrant from Tangshan. A week ago, I overheard a woman from Hong Kong talk about her family having to leave the city.

The second most impressive aspect I found about returning was the general friendliness of the people. The shopkeeper tried his best to be helpful. I’ve only ever had a (white) driver give me a V sign. Even in the best of times, no one could accuse Hong Kong of being laid-back.

At ground level, people seem obsessed with living peacefully and rubbing with their neighbors as much as possible, but this is not difficult when others have the same goals. From what I’ve seen, people who come from unstable or autocratic societies are most likely to appreciate the freedom to exercise state power unhindered and free to do so.

Compare that to the situation in Hong Kong.Want to watch a soccer match? Be prepared for the police to film you in case you boo the national anthem. Pensioners gathering to chat in the park? Be prepared to pay fines if you break the (unscientific and randomly applied) social distancing rules. Light a candle outside the British Consulate and mourn the Queen?

Sorry for my rookie judgement, but the UK’s cultural diversity strikes me as an immense potential strength. Without ethno-nationalism and tribal loyalty, we need some other glue to hold society together. It necessarily means value to me. Because of its history, Britain may be rightly viewed as a colonial bully in some parts of the world, but at the level of households and people in general, it has long been the epitome of British society. There are certain characteristics that have been seen. They are: tolerance, kindness, politeness and respect for the individual. I see a lot of evidence of these around me in North London.

Am I too starry? perhaps. First impressions can definitely be superficial. I live in a relatively affluent part of the capital and remain part of a privileged socio-economic group. Moreover, London, one of her most diverse cities on the planet, does not represent the entire United Kingdom, which is 87% white. I am just beginning to get to know my hometown again and may yet have to encounter the more troubling aspects of Britain’s ethnic and social make-up: the Brexit vote is a testament to anti-immigrant sentiment.

Maybe my euphoria when I finally made it here after waiting six months for my visa created the aura of goodwill others are responding to. During my time there, I sometimes encountered people who were grumpy and rude. Wait three months, advised one of her colleagues. Wait until dawn breaks, the temperature drops, and the rain begins to fall.

There is no doubt that Britain is in deep, deep trouble. I do not want to alleviate the suffering of our suffering citizens by saying that everything is fine in this country. Social cohesion may be put to the test as winter sets in and the effects of rising fuel costs are fully felt. That doesn’t take into account the new economic and market instability caused by the Truss government’s tax cuts.

Nonetheless, this newcomer sees reason for optimism. In times of crisis, it is common for government ministers to stand before the media and claim that the fundamentals are sound. In my estimation, UK fundamentals are really healthy. I don’t mean economic fundamentals (which they probably don’t), but more basic: how people can live their lives, unencumbered by the fears and anxieties of authorities. How to relate to each other freely and openly on a level, and (often) with courtesy and consideration.

In a democracy with free speech and the rule of law, wrong policies can be corrected. The UK, like many countries around the world, has shown a disturbing trend towards illiberalism in recent years, but is ultimately still a free society. Someone will know the difference.

“You can live here,” said an Algerian craftsman who came to assemble the furniture, ending the conversation about the pain of rising costs and the challenges facing the influx of Hong Kong immigrants to Britain. I knew exactly what he meant.

Back from Hong Kong to England: Matthew Brooker

The British government took the market by surprise. Can It Recover?: Therese Raphael and Dan Hanson

Matthew Brooker is a Bloomberg Opinion columnist covering Asian finance and politics. Former editor and bureau chief of his Bloomberg News and deputy business editor of his Post of South China his Morning, he is a CFA charterholder.