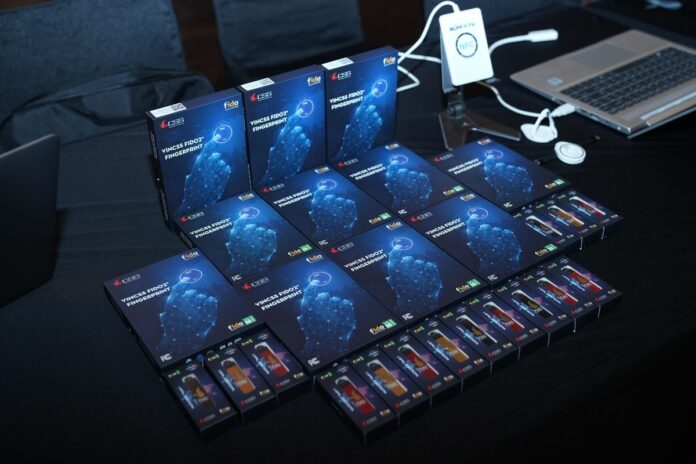 Past winners of this award, Google, Zoom, Oracle, and Fortinet, have demonstrated innovative achievements as leaders in their respective markets.

The rapid advancement of science and technology in the 21st century calls for a fundamental revolution in information security, especially identity management. This is one of the areas in need of a fundamental transformation as modern password-based methods and systems are outdated.

According to research conducted by Verizon and Forrester, passwords were invented 60 years ago, are the leading cause of most data breaches and phishing attacks, and remain a perennial nightmare for both businesses and users. It causes billions of dollars worth of damage.

Given the above issues, passwordless authentication is a promising solution to the inherent shortcomings of traditional passwords. In 2012, the Fast IDentity Online (FIDO) Alliance was established, with the participation of world-leading technology companies such as Apple, Microsoft, and Google to realize the joint development and application of passwordless authentication that complies with international standards. increase.

Nonetheless, developing procedures to help companies transition to passwordless authentication has proven difficult. Ten years after the formation of the FIDO Alliance, the authentication market is still only for the big tech companies, and only the big potential companies are actively working on technology solutions that meet his FIDO2 standards. increase.

As the only organization representing Vietnam in the FIDO Alliance since 2018, VinCSS has consistently demonstrated its international competitiveness, standing on par with well-known groups such as Sony, Huawei and IBM.

With these outstanding achievements, Frost & Sullivan, a globally recognized market research organization since 1961, has recognized VinCSS as a key player in the passwordless authentication industry in Southeast Asia. In recognition of this, Frost & Sullivan Best Practice awarded VinCSS with the Enable Technology Leadership Award – The SEA Passwordless Authentication Industry.

The Frost & Sullivan Best Practice is one of the most coveted awards that companies around the world, especially technology companies, strive to achieve.

With more than 20 years of experience with an accredited panel of leading scientists and analysts from 12 different industries, the award recognizes promising candidates with the potential to dominate the market by innovating and leveraging technological advances. We focus on business valuation and discovery.

Passwordless authentication prevented up to 91% of identity theft incidents, reduced enterprise operating costs by 14%, improved user efficiency by 64%, and increased digital transformation success rates by 21% (According to Security Insider).

Diversification to conquer the international market

Recognized among professionals for innovation, creativity, efficiency and diversity, VinCSS has successfully expanded into the domestic and international markets by providing superior quality services and meeting the widespread demand of the passwordless authentication market. is making a name for itself.

After the success of the first FIDO2 standard passwordless authentication ecosystem in Southeast Asia, VinCSS gained valuable experience and research, and finally launched VinCSS IoT FDO, a security solution for IoT devices. This technology has been built into one of the world’s most secure commercial cameras by acclaimed smart camera maker Pavana.

Endorsed by Frost and Sullivan as a strong player in the strong authentication industry, VinCSS is committed to further penetrating the global market.