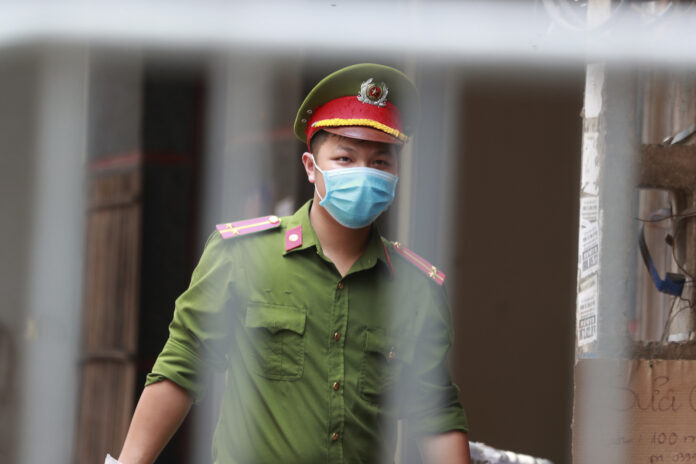 April 11, 2022 Bangkok-Vietnamese authorities are arbitrary for journalist Van Buoy Baoty to attend mandatory “re-education” classes, work freely, and harass or detain journalists. All requirements to stop using anti-state law should be withdrawn. The Committee to Protect Journalists said on Monday.

On April 7, the Quang Tong People’s Court declared a year of “non-detention re-education” to state leaders allegedly defamed on social media. news Report.. The ruling allows you to live outside the prison, but you must attend a class on local law and regulation for the duration of the ruling under state supervision. Report..

The decision was passed after five days of deliberation and was published by local businessmen Thy and Le Anh Dung on the Facebook pages Hoang Le, Quang Tri 357, and QUANG TRI 357 between April 2020 and February 2021. I have quoted 79 posts that are allegedly made. In these reports, the post stated that it violated the “reputation, honor, dignity” of state leaders.

Feces were sentenced to 18 months of the same punishment, those reports said.

You, the director of the state Giao Duc Va Thoi Dai (age and education) The news magazine was first detained on February 10, 2021 in Vietnam’s Central Quang Trang Province. Documented by CPJ at the time.

At that time, CPJ was able to check the page of Quanti 357. The page had about 2,300 followers and posted a post accusing Quang Trung leaders of misusing funds for local infrastructure and real estate projects. Since then, Facebook pages allegedly linked to Thy and Dung have been removed or set to private.

According to these news reports, you were detained before the trial until you were convicted under Article 331 of the Vietnamese Criminal Code. ..

CPJ sent an email to the Ministry of Public Security of Vietnam and asked the Quang Tong People’s Court for comment, but did not respond.

Vietnam is one of the worst prison officers in the world for journalists, and as of 2021 at the CPJ, at least 23 journalists, including you, are behind their work. Prison census..