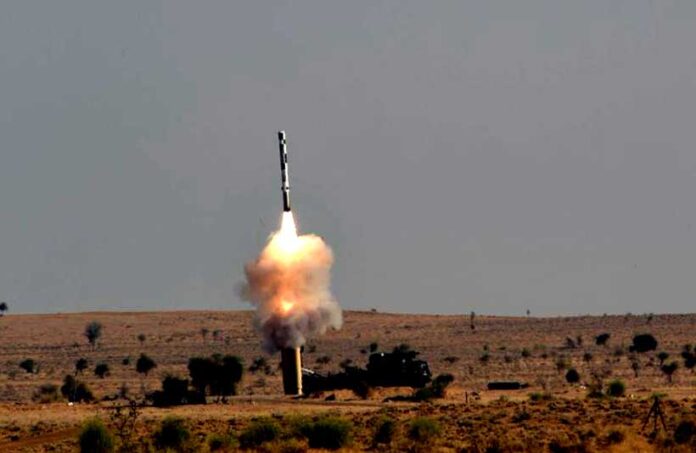 As the multifaceted crisis in modern international relations deepens, ensuring the survival of nations becomes ever more important. The latter can be interpreted as the resilience of national economies under long-term volatility in global markets, restricted trade economies and investment opportunities, unfair competition, and transport blockades. Moreover, the political system of the state must be able not only to ensure the normal flow of social activity, but also to protect vital interests from a wide range of challenges and threats.The North Pole is her third of all Russia. accounts for 1 of According to the Russian president Vladimir Putin, new Arctic and Northern territories will be attached to Russia in the coming decades.

The fact that the Arctic and subarctic regions already generate at least 10% of GDP and about 20% of Russia’s exports and have great potential for further growth in absolute indicators is Russia’s ‘Arctic third’. Today, 17% of all Russia’s oil, 80% of its natural gas and about a third of its fish are produced in the Arctic. The continental shelf is considered a strategic reserve of explored mineral resources to ensure wise consumption over hundreds of years. The Northern Sea Route (NSR), despite all the complexities and controversies in its operation, is a real and effective sea lane for the transportation of goods. In 2021, this artery was used to achieve a record 33.5 million tons Liquefied natural gas (LNG) and gas concentrates account for one-third of freight transported. By 2024, traffic will be 80 million tons, and reach up to 110 million tonnes by 2030. This is largely due to oil projects and burgeoning coastal shipping.

From a military perspective, Russia’s presence in the Arctic depends on its physical deployment of strategic nuclear forces in the region and its strategic non-nuclear capabilities to prevent individual or collective aggression by other states. The importance of this region is evidenced by the fact that the country’s leadership has elevated its status by transforming the Northern Fleet into a military district. The Northern Fleet’s Joint Strategic Command (USC) is called upon to ensure joint control of all forces and means across the vast expanse from Murmansk to Anadyr – Russia’s unified security. USC includes the Air Force and Air Defense Forces, and a special Arctic Brigades (plans call for the formation of at least two such brigades). The main base of the Arctic Forces—Polaris on Wrangel Island arctic trefoil with Franz Josef Land northern clover The Novosibirsk Islands support the presence of combat forces throughout the area of ​​responsibility.

What is the most important thing in the Arctic?

The phrase “ensure integrated security from Murmansk to Anadyr” implies a fairly long list of possible items.according to strategy One of the key priorities for the development of the Russian Arctic and ensuring national security until 2035 is the uninterrupted supply of strategic goods and Smooth operation of the Sakhalin-Vladivostok transport route.

Meanwhile, some military perspectives can be added to the economic side. Undoubtedly, Moscow is trying to prevent unwanted use of the Northern Sea Route and Russia’s Arctic Circle by implementing anti-access and area denial measures. The key to Russia’s leadership is to retain strategic strike capabilities in the form of missile-carrying submarines and long-range aviation guaranteed to be used if necessary under any circumstances. The development of submarines, air defenses and missile defenses in the Arctic is also recognized as critically important in enhancing our national defense potential. This means that the Northern Fleet needs to be able to support the Baltic Fleet on NATO’s eastern flank, while at the same time being able to coordinate with the Pacific Fleet in case any threat arises from the Asia-Pacific.

The threats and dangers facing Russia in the Arctic can be divided into those that already exist and are maximally proven today, and those that can significantly aggravate the situation in the future. However, ignoring the current problems without resolving them will inevitably worsen the situation and put into question the effective protection of national interests in the Arctic.

Thus, the fact that infrastructure development in the Arctic lags behind the real needs of countries and regions. Lack of ships, aviation and electricity. The lack of a permanent emergency rescue service and unstable communications are certainly a cause for concern. The aforementioned shortages hamper the continued operation of Arctic civilian and military facilities necessary to enhance socioeconomic development and national defense potential.

Keep in mind that by 2045, we may be able to navigate the Arctic without icebreaker assistance, as global warming and ice melt continue to accelerate. Arctic foreign nations are raging and clearly troubling Russia.

With the global consensus on humanity’s universal responsibility to the Arctic, attempts by representatives of Western groups to challenge Russia’s Arctic status and denial of Russia’s Arctic continental shelf claim seem utterly irrelevant. , for example, the results-oriented resolution of disputes within the Arctic Council is complicated by the practice of establishing closed cooperative frameworks. In particular, in line with the logic of “denying Russia’s claims,” double effort The agenda for multilateral cooperation in the Arctic, nordic plusMoscow was not invited.

Finland and Sweden’s NATO membership clearly threatens Russia’s interests in the Arctic. With the anticipated increased intensity of air and naval operations by the United States, Great Britain, and other NATO members increasing the likelihood of conflict in the Arctic, Russia will continue to increase the combat power of its forces in the region. It needs to be increased. Strengthening the military component of security will cost a lot of money, but it is clear that Russia is not ready to sacrifice commercial and infrastructure projects. An urgent adaptation of the Arctic strategy is therefore needed to develop a comprehensive approach and determine 100% achievable and workable targets.

Russia’s leadership has identified several top priorities for strengthening its influence in the Arctic. For example, drawing the outline of the continental shelf recognized by the international community requires consistent efforts. However, given the current conflict with Western populations, this is hardly achievable in the near future.

To prevent a decline in Russia’s posturing, we will develop a deployment infrastructure, ensure operational readiness of the territory, equip Russian forces with special Arctic-adapted weapons and hardware, and put a few boots on the ground. is very important (eg in the Spitsbergen Islands). Apart from countering military threats, it is also very important to prevent extremist and terrorist activities and monitor emergencies.

Concrete steps taken to achieve the identified objectives included the integrated development of port infrastructure and routes in the Northern Sea Route, namely the Barents Sea, the White Sea and the Pechora Sea; installation, and maintenance of military assets. in her six regions of the Arctic. Efficient economic use of the Northern Sea Route and facilitation of the Russian military was provided by the construction of rescue ships, hydrographic ships, pilot ships, cargo ships (including those powered by gas motor fuel), and nuclear icebreakers. It is said that Arctica When leaderHighly elliptical space systems and underwater fiber optic lines are being created to meet military and civilian needs in communications, certification and hydrometeorology.

Equations with many unknowns

Promoting Russia’s interests in the Arctic is fraught with particular challenges, primarily related to multiple scenarios and uncertainties regarding the plans, trends and activities of other nations.

Critical transport, energy and infrastructure projects in the Arctic will need to be revisited as investment and technical cooperation with Western countries come to a halt. The emphasis on exchanges with Asian partners (primarily China, India, ASEAN, and Middle Eastern countries) is arguably justified by the logic that it forms a viable alternative to Western dominance. However, the most important financial, technical and logistical issues remain to be resolved to ensure reliable and uninterrupted operation of the Northern Sea Route and Arctic projects.

Not all initiatives are fully viable. Arkhangelsk port, for example, seems to be the most important “growth point” not only for the Russian Arctic, but also for international cooperation. Still, that profound and quality upgrade depends on deeper engagement of foreign stakeholders and partners. However, as the Arctic Council, Barents Council and Northern Dimension Partnership are highly unlikely to resume their normal activities in the short-term prospects, Russia will seek bilateral cooperation, not only within the framework of the SCO and BRICS. An important part of that idea should be promoted between .

border disputes between Russia and Canada and Denmark over the Lomonosov Ridge, border disputes with Norway in the Barents Sea (despite a treaty signed in 2010), and border disputes with the United States over the submarine border near Alaska; Intensification cannot be ruled out either. In general, the creation of hotbeds of tension along the entire perimeter of Russia’s borders conforms to NATO’s pattern of behavior, and therefore attempts by NATO member states to partially obstruct Russia’s access to the Arctic. is expected.

The location of some countries with great interest in the Arctic but lacking direct access to the region remains very unclear. expressed an intention It has joined the ranks of the “Arctic powers” and has declared the Arctic to be a sphere of national interest. In 2018, white paper A key point of Arctic policy is the creation of an ‘Ice Silk Road’.of 14th Five-year development plan It also emphasizes the potential of the Arctic.

While Beijing has little intention of claiming the Arctic, China’s interpretation of using its transportation and resource potential is somewhat different from Russia’s. In particular, China does not exclude independent economic activities outside its exclusive economic zone and tends to view the Arctic as subject to the United Nations Convention on the Law of the Sea. China is also conducting strong ice and seafloor research, expanding the coverage of its Beidou navigation satellite system in the Arctic, and has not yet given up on joint research, communications and economic projects with European partners. .

At the same time, Beijing also aims to develop cooperation with Russia in the Arctic, including participation in major resource and transportation projects such as coal, metal, oil and gas extraction, processing and transportation, as well as the construction of the Arctic. increase. Deep-sea port Arkhangelsk. The Chinese side is also interested in gaining access to Arctic marine fisheries.

The lack of conflict or disagreement between Russian and Chinese leaders in the Arctic seems to be a key link between the two countries. Overall, there is nothing in Beijing’s doctrinal document on Arctic policy that directly conflicts with Moscow’s interests. In the meantime, careful coordination of plans and actions will be required to avoid ambiguity, division of power and focus on the principle of mutual benefit.

from our partners Riak