UN climate resolution encouraging but has no teeth: Experts 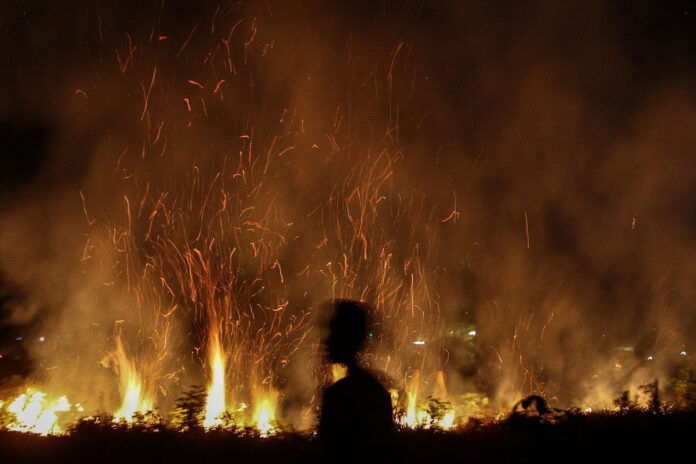 Jakarta – In late July, the UN General Assembly celebrated the passage of a “historic resolution” after more than a decade of drafting. 161 countries, including Indonesia, voted in favor, 8 abstained, and no country voted against.

As declared by United Nations Secretary-General Antonio Guterres, this “groundbreaking” document proclaimed that living in a clean and healthy environment is a “universal human right”. It called on both Member States and businesses to tackle climate change, pollution and biodiversity loss.

“The international community has given universal recognition to this right and brought us closer to making it a reality for all.

In signing the resolution, Indonesia acknowledged its “obligation to respect, protect and promote human rights, including in all actions taken to address environmental issues.”

The countries also agreed that climate change is disproportionately affecting vulnerable groups such as women, children and persons with disabilities.

But about three months later, at a debate held by the Ocean Justice Initiative (IOJI), a think tank and advocacy group, experts cautioned.

While they praised Indonesia’s receptivity to the resolution, they noted that it was still up to parliamentarians to implement its tenets.

“This resolution is an achievement. The problem lies in its translation. [into law]many times [resolutions] IOJI co-founder Todung Mulya Lubis, Indonesia’s special envoy to Norway and Iceland, said on Tuesday.

“The resolution is non-binding and has legal effect only after it has been enacted as national law. […] But this is not just a problem for Indonesia, it is a problem for all countries on all continents. ”

And while the resolution was marked “historic” for climate protection of weddings with human rights, the concept was not new in Indonesia, said IOJI co-founder Mas Achmad Santosa. I was.

He said the state had outlined similar concepts in its 1982 law on environmental management.

The law recognizes that “every human being has the right to a healthy and quality environment” and that environmental conservation is a practical means of sustaining “human life and well-being”. added.

“but also, [the resolution] It’s not binding and it’s not new. It has been part of our law since 1982,” Mas Achmad said, noting that legal recognition of the concept is not enough to put it into practice.

In Norway, long-closed coal mines have reopened in response to the crisis, he said, acknowledging that some Scandinavian countries are unlikely to meet their carbon-neutral goals by 2050. He added that there are

Indonesia, on the other hand, claims to be working to become not only carbon neutral but also a carbon sink by 2030.

“Looking at the pandemic and now Ukraine, I have to be honest and say that I am concerned about our goals. Hmm, it’s going to be incredibly difficult,” he said.

“Even if it doesn’t become national law, it’s instructive that a clean and healthy environment is a universal right. It’s morally powerful, especially given that many countries agree on this.” said Todung.

“There is no basis for any country to decide. [oppose] declaration. ”

On Thursday, Group 20 Co-Sherpa Dian Triangshah Jani said environmental issues had been a “focus” for members of the group chaired by Indonesia.

At the G20 environment and climate ministerial meeting, delegations have drafted an outcome document on climate-related topics, Mr Dian said.

“Honestly, many other ministers attended the meeting because the issue was on our minds,” he said.

However, conference delegates were unable to issue the expected joint communiqué due to lack of consensus.