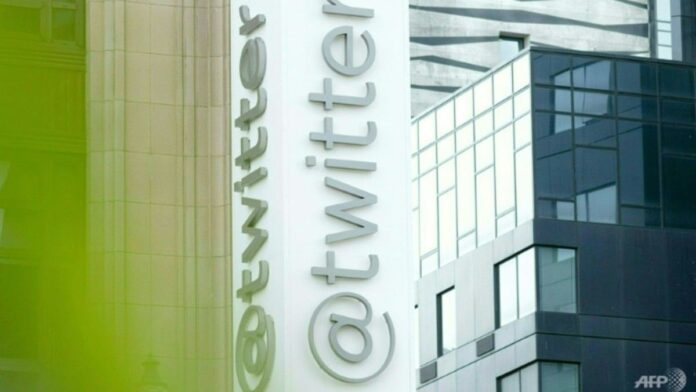 WASHINGTON: Twitter owner Elon Musk has promised the platform won’t become a ‘hellscape’, but experts say staff drains following mass layoffs are linked to misinformation, impersonation and data theft. I am concerned that I may have destroyed my ability to counter the

Twitter has cut half the company’s 7,500 staff through recent layoffs and has been dubbed a pit of deception and hate speech by campaigners after a spike in fake accounts following the failed rollout of a paid authentication system. evolved into something

Hundreds of employees chose to ignore Musk’s ultimatum and leave the company on Thursday, according to reports that further disrupted the influential platform and cast doubt on its very existence.

The hashtag #RIPTwitter gained a lot of attention on the site after a flurry of resignations from employees who chose “no” to Musk’s demands to be “very hardcore” or leave the company.

Twitter is in turmoil as self-proclaimed free speech absolutist Musk tries to shake the loss-making company after its blockbuster US$44 billion acquisition late last month.

According to reports and tweets, the site’s content management team (mostly outsourcers fighting disinformation) was laid off, and many engineers were laid off after publicly criticizing Musk on Twitter and on internal message boards.

A week after Mr. Musk’s acquisition of Twitter, the involvement of “misinformation superspreaders” — untrustworthy accounts that spread falsehoods — increased 57%, according to research by nonprofit watchdog NewsGuard.

“If there’s one lesson all social media platforms should take away from this debacle, it’s that without protecting their users from hate and lies, companies wouldn’t exist at all.”

In response to critics, Musk on Friday gave a new direction for the site’s content moderation.

Musk said that while not completely removed from the site, “negative/hate tweets” will be “maximally boosted (and) disabled so there will be no advertising or other revenue to Twitter.” Stated.

“You can’t find a tweet unless you specifically search for it. This is no different than the rest of the internet,” he added.

However, his plans fell to skeptical ears.

Jeeve Sanderson, executive director of the New York University Center for Social Media and Politics, told AFP: “Mr. Musk’s latest move could lead to a surge in misinformation, hate speech and other objectionable content. there is,” he said.

In a letter to the regulator, the Federal Trade Commission, a group of Democratic senators warned that it would “be exploited for fraud, deception, and dangerous impersonation” to “surprise” security. “should” accuse Musk of introducing a new feature.

“Users are already facing the severe consequences of this all-expense-growth strategy,” citing the recent surge in fake accounts impersonating businesses, politicians and celebrities, published Thursday. It is written in the letter sent.

Among the victims was pharmaceutical company Eli Lilly, who went to the company after a parody account with a verification tag that was purchased for US$8 tweeted that insulin was being made available for free. Stocks plummeted and market capitalization lost billions of dollars.

Last week, Twitter disabled sign-ups for a controversial feature known as Twitter Blue. It was reportedly temporarily disabled to address impersonation issues, but not before several brands were hit.

Given the apparent vulnerabilities, digital experts warn activists, especially in authoritarian countries, at increased risk of identity theft and private messages falling into the hands of hackers.

“All over the world, Twitter is being used as an organization against oppression,” Hunt-Majer said.

“If mask mismanagement kills it, it will be a huge blow to freedom of information and, quite frankly, human rights in general on a global scale.”