Toward a win-win strategy with Asean 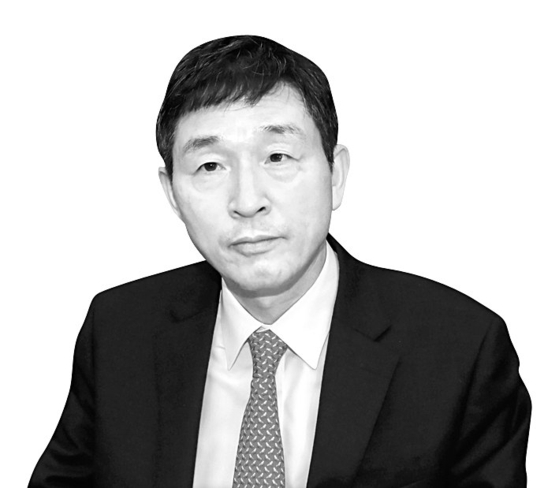 Lee Hyuk
The author is a former ambassador to Vietnam.


Southeast Asia has been colonized by Western powers since the 16th century. In the 20th century, during World War II, the area became a hotspot after Japan invaded to secure food and natural resources and expand its military operations.

Today, Southeast Asia is the production center and growth engine of the global economy, attracting huge amounts of foreign investment. This is a strategic point for the US and China to gain geopolitical and geoeconomic influence in Asia.

This year marks the 55th anniversary of the establishment of the Association of Southeast Asian Nations (ASEAN) in 1967. The group currently has 10 members: Indonesia, Philippines, Vietnam, Thailand, Myanmar, Malaysia, Cambodia, Singapore, Laos and Brunei. With a total population of 670 million and a total GDP of $3.65 trillion, ASEAN accounts for 3.5% of the world’s GDP.

Its members have diverse political regimes, religions and cultures, not to mention varying levels of economic development. Politically, the group believes in non-intervention and unanimous decision-making to avoid conflict and promote harmony while seeking economic integration through free trade agreements (FTAs). The association has worked to foster its growth by promoting open policies with economic power outside the region.

ASEAN also provides an important diplomatic forum by inviting leaders of major countries to the annual ASEAN Summit. This will strengthen ties with South Korea, the United States, China, India, Russia, Japan and the European Union. As a group of countries that remains militarily and economically weak, ASEAN will prevent its member states from falling victim to armed clashes between major powers as in the past, attract support and cooperation from the world powers, and strengthen international relations. I want to improve my position on stage. of strategies for survival.

ASEAN does not want US-China rivalry to destabilize the region, so it seeks to strategically balance the two. Given its diverse mix of members, ranging from immature democracies to authoritarians, ASEAN can hardly provide fertile ground for the United States to expand liberal democracy into the region. 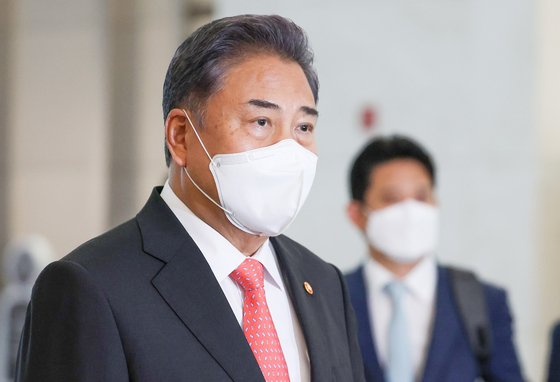 Foreign Minister Park Jin answered questions from reporters on August 3 before leaving for meetings with foreign ministers of the Association of Southeast Asian Nations (ASEAN), including the meeting of the ASEAN Regional Forum (ARF) in Cambodia. ing. [YONHAP]

After World War II, the United States maintained overwhelming military dominance in Southeast Asia by concluding an alliance with the Philippines and establishing military bases in Thailand and Singapore. As can be seen, domestic discord has neglected to expand economic partnerships with ASEAN. Do not join the Trans-Pacific Partnership (TPP). But as the Sino-American race for economic supremacy intensifies, the United States hopes to offset China’s dominance in the region by creating the Indo-Pacific Economic Framework (IPEF).

Japan is increasing its influence in the region by strengthening economic ties with Southeast Asia through huge investments and infrastructure construction through development cooperation funds. In the past, Japan has been criticized by ASEAN for pursuing only economic interests. However, since the announcement of the Fukuda Doctrine in 1977, which promised not to become a military superpower but to build mutual trust and cooperative relationships based on equal footing, Japan has promoted a foreign policy that respects Southeast Asia. A recent survey by the Institute for Southeast Asian Studies (Iseas), a state-run think tank in Singapore, found that 54.2% of ASEAN people trust Japan, followed by the United States (52.8%) and China (26.8%).

China’s efforts to expand its influence in the region are based on its rapidly growing economic and military might. In defiance of the Permanent Court of Arbitration ruling that China has no legal basis for the nine-dash line drawn across the South China Sea, China has challenged U.S. hegemony in the theater by constructing military facilities such as runways and missile bases in the South China Sea. ing.

Fueled by a huge market of 1.4 billion, China is rapidly increasing its influence in the region, making it even more dependent on trade in ASEAN and building infrastructure in Cambodia, Laos and Myanmar. China now accounts for the largest share of her ASEAN trade (20%) and is her second largest investor in the region after Japan. In an Iseas survey of ASEAN’s most influential countries economically, 76.7% of her respondents named China, well ahead of her 9.8% in the United States. Regarding political strategy, 54.4% chose China over the US (29.7%).

South Korea is also strengthening economic partnerships with ASEAN member countries through active trade, investment and infrastructure construction. For South Korea, ASEAN is her third largest investment destination after the US and her EU, and her second largest trading partner after China. The Moon Jae-in administration achieved certain results in diplomacy with ASEAN through the New Southern Policy. The government established the ASEAN Bureau in the Ministry of Foreign Affairs, expanded foreign legations in Southeast Asia, and hosted the Korea-ASEAN Summit in 2019.

Due to the improvement of economic relations with ASEAN countries and the explosive expansion of K-wave, local people’s awareness and favorability of Korea has increased significantly. According to the Iseas survey, 8.5% of Southeast Asians want to go to South Korea first, 22.8% prefer Japan, 8.4% prefer America, and 7.2% prefer China.

However, due to South Korea’s persistent economic focus, it lacks a strategic approach aimed at establishing a win-win relationship with ASEAN. Above all, South Korea must abandon its image as a seeker of economic interests and strive to win the respect of Southeast Asia by becoming a responsible partner that contributes to the stability and prosperity of the region.

First, Korea needs to increase the scale of official development assistance (ODA), which is the main barometer of the country’s international contribution, to a level befitting a developed country. South Korea spends her 28% of her total ODA on ASEAN. However, the scale of ODA is only one-sixth that of Japan. Korean companies must actively respond to local companies’ demands to create jobs for local people and use more parts in their final products.

Second, Korea should play a creative role in leading the economic development of the region by finding areas where it can enter Southeast Asia together with the United States, Japan, Australia and the EU. Given its geopolitical environment, it will not be easy for South Korea to extend its military and security alliance with Washington to the region, as it has in Tokyo and Canberra. Therefore, South Korea will strengthen cooperation with the US and Japanese governments and companies in areas such as supply chains, infrastructure, clean energy and decarbonization, and jointly enter the region as designated by the IPEF. you can consider doing At the same time, South Korea should find a joint action plan with the United States, Japan and Australia in key economic and security areas such as ODA and the defense industry.

This provides a valuable opportunity for South Korea to complement its non-active participation in the US-led QUAD and Indo-Pacific strategy. Given that most ASEAN countries are in low- to middle-income status, it could help South Korea maintain closer economic ties than the West and China.
As the close economic ties between China and ASEAN become closer, China’s presence and voice will grow. Therefore, Western countries, including South Korea, Japan and Australia, contributing to ASEAN’s economic development and maintaining a balance of power with China will enhance peace and security in the region. In the process, it would be more meaningful if South Korea could play a role in promoting regional stability and prosperity. It will also learn from South Korea, which achieved democratization and economic development at the same time.
Translated by Korea JoongAng Ilbo staff.