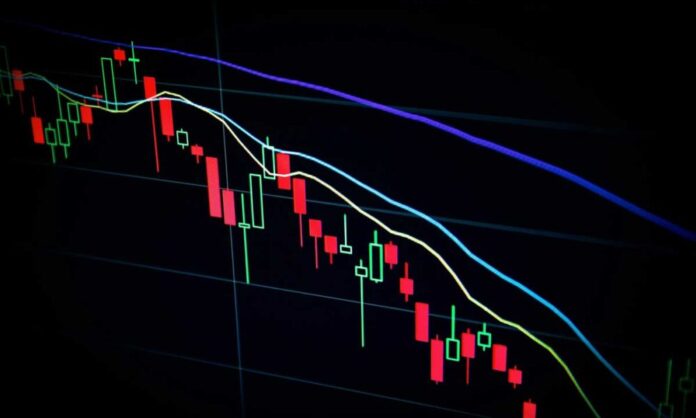 Twitter’s new head Elon Musk’s recent decision was to approximately fire him. 50% of employees It just marks a depressing recession around the world. Twitter Stories are just one example of many visible stories. Almost all major companies around the world, including Microsoft, Meta, Tencent, Xiaomi, and Unacademy, have laid off or plan to lay off their employees.

According to a comprehensive study titled “Risks of global recession in 2023 rise amid simultaneous rate hikesAccording to the World Bank, all nation-states are tilting toward a series of economic crises in global financial markets and emerging economies, causing long-lasting damage. The report accuses central banks around the world of raising interest rates to deal with inflation caused by the coronavirus pandemic and Russia’s attack on Ukraine in the European arena. Raising interest rates to unprecedented highs not seen in the last 50 years will not be enough to bring global inflation back to pre-pandemic levels, the report said. It highlights supply disruptions and further permeates the need to ease labor market pressures. World Bank Group President David Malpass has urged policy makers to focus on increasing production rather than reducing consumption, improving productivity and capital allocation essential for growth and supporting investment. urged to formulate policies that generate

Many states liberated amid pandemic Relief and Stimulation Package It relies heavily on measures to expand liquidity, such as relaxing lending restrictions and lowering repo rates (the rate at which commercial banks borrow money from the central bank) and reverse repo rates (the rate at which commercial banks lend money to the central bank). bank). China was the first state to act on these stimulus measures to combat the disruption caused by covid, followed by Japan, the EU, Germany, India and others. While these measures helped the economy absorb the impact of the pandemic, one major drawback was that market-induced money flows increased demand, leading to inflation.

Inflation, defined as the rate of increase in the price of a common commodity or commodity over a period of time, can be caused by multiple factors. Shortage of total supply, one of the most common factors, can lead to excessive demand pressure in the market. To keep inflation in check, central banks often tweak or change a country’s fiscal and monetary policies. Raising interest rates is one such tool. This tightens the economy’s banking system, reducing the flow of money and reducing the already high demand. But let’s say only rates are raised without restructuring supply chains, increasing production, and substantive reforms in line with overall growth to meet demand. In that case, the country could move into recession. So, in tandem with rising interest rates, nations need to diversify their suppliers, invest in technology (without increasing their debt burden), and focus on self-reliance while preserving jobs.

The International Monetary Fund (IMF) defines it as: recession In effect, the country’s Gross Domestic Product (GDP) fell, i.e. the value of all domestically produced goods and services fell for the second quarter in a row. Simply put, a recession is a period of massive economic slowdown. It is almost impossible and futile to pinpoint a specific moment when a recession occurred. However, several indicators, such as declining GDP and public spending, rising unemployment, and declining sales and national output, generally point to an upcoming recession. In summary, there are many ways recessions can start, from sudden shocks to the economy and excessive debt to uncontrolled inflation (or deflation) and distressed asset bubbles.

According to the IMF Managing Director Kristalina Georgieva“First Covid, then Russia’s invasion of Ukraine and climate disasters on all continents have caused immeasurable damage to people’s livelihoods.” is expected to contract in the next few quarters.

For US economists and forecasters, a recession is no longer a question of “if” but “when.” The Fed’s (US Central Bank) decision to raise interest rates to curb inflation without inducing higher unemployment and a recession is “.soft landingThis would happen if the Fed’s tighter monetary policy lowered inflation without triggering a recession. Nouriel RubiniOne of the few economists to correctly predict the 2008 financial crisis, he also argues for a prolonged and inevitable recession in 2022 that will last until 2023. Predict Growth is 0.4% in the fourth quarter of 2023, as opposed to the fourth quarter of the previous year, and we expect the economy to grow at 1.8% in 2024. The unemployment rate is expected to rise to 3.7% in December this year and 4.3% in June 2023 (3.5% in September).

Europe, like the US, was under the impression that economic conditions would improve in the absence of a recession. Assumptions of calming or temporary inflation through strong business, ample public savings, and appropriate fiscal adjustments have turned out to be false for the European economy. The Eurozone (5.1%) and the UK (6.8%) are among the countries with the highest number of her. Expected power lossEurope has been largely affected by Russia’s war on Ukraine, resulting in oil and gas chaos leading to an ‘energy war’ against Ukraine. Similarly, China is not far from them, with a projected 5.7% production loss in 2023.Zero Covid policies, coupled with the mortgage crisis and an outflow of the manufacturing sector, are pushing Asian giants to leading to an economic slowdown.

India reported 13.5% growth in the April-June quarter, 5th largest economy in the world, occupies a position in the UK. However, this growth was due to the country’s shutdown amid the Delta-led COVID-19 lockdown last quarter, not a significant improvement in economic activity. India needs to focus on skill-based human resource development projects to unlock its economic potential and effectively leverage its demographic dividend. However, India is not immune to the global slowdown either. In 2023 she is expected to face a production loss of 7.8%.

India’s CEOs also expect slower business growth, but the economy is expected to recover in the short term. KPMG 2022 ReportIn addition, 86% of Indian CEOs expect their earnings to be impacted by up to 10% over the next 12 months. Cutting profit margins, increasing productivity, diversifying supply chains, and implementing hiring freezes (or, at worst, layoff policies) are some of the things companies can take to weather such challenges. It’s a step.

Therefore, by expanding and enhancing access to private sector capital investment and curbing environment-related risks, India will unlock the potential of start-ups and small businesses as opposed to newly established ones. need to pull out. Reform of the dispute resolution mechanism has also been long overdue. Ease of doing business report, India ranked 63rd out of 190 countries in the world. India needs to prove its worth by showing investors that their money is not only capable of achieving decent returns, but is also safe on Indian soil.

Positions on India’s future remain divided.global rating agency S&P India argues that a fragmented economy with huge domestic demand, a healthy balance sheet and ample foreign exchange reserves will prevent it from bearing the real brunt of a global recession. On the contrary, according to a Japanese securities company, Nomura, policymakers are misplaced in their optimism about India’s growth trajectory. The economist claims India’s estimated growth for FY2023 is 7%, in line with the RBI’s revised projections, but falls sharply to 5.2% in FY2024. I predict it will. This estimated growth rate is not in line with India’s commitment to becoming her US$5 trillion economy.

UNCLAD Trade and Development Report 2022 predicts that global economic growth will plummet to 2.5% in 2022 and then to 2.2% in 2023, wiping out more than US$17 trillion in global productivity. It also warns that developing countries will be most vulnerable to economic slowdowns, leading to a series of health, debt and climate crises. Somalia, Sri Lanka, Angola, Gabon and Laos have the highest revenue to public debt ratios. worst affected countryevident from the excessive inflation these states are facing.

Similarly, India’s fuel and food prices have risen, but India’s strength while others have struggled can be attributed to its efficient policies. India has no permanent external debt burden to hinder its growth. Additionally, the government has focused on developing the industrial and service sectors to boost jobs and boost savings to revitalize the Indian economy, especially after the pandemic. Domestically, the government has provided an effective social safety net to ensure a healthy life for its citizens.

Despite these factors, India must recognize and accept the harsh reality of the turbulent times to come. India’s economy may be fragmented, but the world is her one interconnected system. The global economic slowdown has led to a recession in India, and the effects are becoming more pronounced by the day. Indian tech giants such as Wipro, Tech Mahindra and Infosys are canceled their offer letter Meanwhile, some have started laying off employees amid fears of a global recession. Regardless of whether India ends up becoming the ‘fastest growing economy’, in a country like India, even a modest growth rate of around 5% pushes millions of people into poverty. It is imperative to recognize that a depreciating currency and rising inflation will hit the poorest hardest, and India must be prepared to meet this challenge.