The U.N. as a collective security says no to politicalized agenda 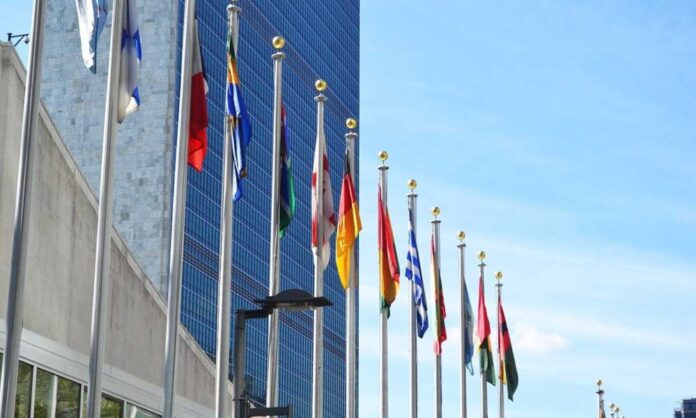 In a highly tense, volatile, hyper-confrontational, controversial, confrontational, disagreeable and hostile environment, the meeting between President Xi Jinping and President Joe Biden is of great importance. The Sino-US summit is an important and positive signal and a beacon of hope for a better tomorrow. President Xi Jinping and President Joe Biden meet in Bali, Indonesia, on Monday ahead of the G20 summit, with relations between the two countries at their lowest in decades, marred by disagreements over a number of issues from Taiwan. Therefore, the long-awaited meeting was held. trade.

The G20 (Group of 20) is a club where world leaders meet to discuss plans for the global economy. We are also increasingly touching on other important topics such as climate change. G20 countries account for 85% of world economic output and 75% of world trade. It also contains two-thirds of the world’s population. Members are the European Union and 19 countries (Argentina, Australia, Brazil, Canada, China, France, Germany, India, Indonesia, Italy, Japan, Mexico, Russia, Saudi Arabia, South Africa, South Korea, Turkey and the United Kingdom). and the United States. Spain is always invited as a guest. The summit is also an opportunity for world leaders to meet one-on-one, just as US President Biden and Chinese President Xi Jinping met.

The meeting between the two geopolitical heavyweights took place during the G20 summit in Indonesia. This is also their first meeting since Joe Biden became president of the United States.

At the meeting, President Xi Jinping pointed out that the current situation facing China-US relations is not in line with the interests of the two countries and the two peoples, and does not meet the expectations of the international community.

Xi also introduced the important achievements of the 20th National Congress of the Communist Party of China, stating that the internal and external policies of the Communist Party of China and the government are open and transparent, their strategic intentions are clear, and they maintain a high reputation. I pointed out that there is Degree of continuity and stability.

“China continues to adhere to an independent foreign policy of peace and always bases its position and attitude on the merits of the issue itself,” said President Xi Jinping.

During the meeting, President Biden congratulated President Xi Jinping on his re-election as General Secretary of the Central Committee of the Communist Party of China.

“It’s an honor to meet you,” Biden told Xi, adding that he was committed to maintaining communication at the personal and governmental levels.

On the Taiwan issue, Xi called Taiwan the “first red line” and warned that the red line should not be crossed in US-China relations. Biden assures Xi that US policy toward Taiwan has not changed. He added that he was trying to defuse tensions over the autonomous islands. “I don’t believe there is an imminent attempt by China to invade Taiwan,” he told reporters.

During the meeting, the two leaders agreed that the diplomatic teams of both sides would maintain strategic communication and hold regular consultations. Both sides also agreed to conduct dialogue and cooperation on public health, agriculture and food security between the two countries.

Regarding the Ukraine issue, President Xi Jinping pointed out that China is very concerned about the current situation in Ukraine.

“China has always stood on the side of peace, will continue to promote peace talks, supports and expects the resumption of peace talks between Russia and Ukraine, and the United States, NATO and the European Union will act comprehensively.” “We want to have a dialogue with Russia,” he said.

The two most powerful men in the world, President Biden and President Xi Jinping, meet ahead of the G20 summit.

The meeting will strengthen communication, demonstrate the efforts of the two leaders to jointly discuss and resolve bilateral and major global issues, and enhance confidence and hope for promoting world peace and stability. I was. It provided an opportunity to strengthen Sino-US relations.

Both China and the United States make significant contributions to the global economy, world peace and security. Narrowing down the differences and conflicts between them will save their time and resources and contribute more to world affairs. China and the United States will achieve peace and sustainable development for the benefit of the world. We have to work together,” he said. Understanding and working together is the only way to serve humanity.

China and the United States are the most advanced countries in the world and have the potential to change the fate of all mankind. They have the ability and resources to serve humanity. We are optimistic about their meeting. Don’t get your hopes up too soon, but it’s the right step in the right direction. More needs to be done in the future.

Share
Facebook
Twitter
Pinterest
WhatsApp
Previous articleMalaysia’s Anwar claims majority after vote, but rival does not concede – Asia and Pacific
Next articleCommentary: GE15 – The rise of PAS as a major power and the end of Mahathir’s legacy
RELATED ARTICLES
Diplomacy