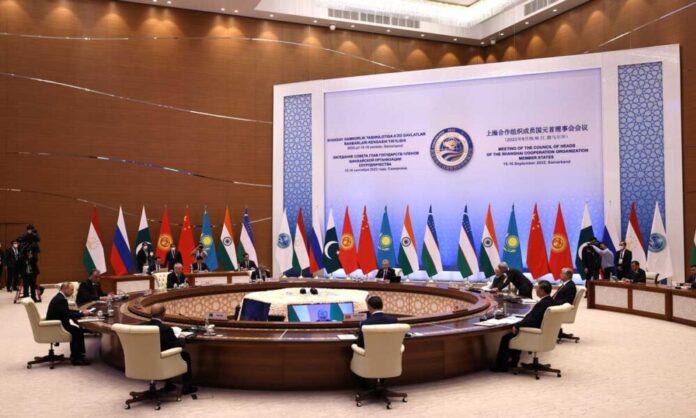 In 1978, Estonian-American editorial cartoonist Edmund Siegfried Waldmann Painted A giant dragon named China, spewing fire on a bear with Mao’s head marked with a sickle and hammer. At the time, the image depicted rising tensions between China and Russia and China’s rejection of Soviet offers to discuss border disputes and improve relations. Many would argue that this image is not an accurate representation of reality, given the power of the Soviet Union even before Afghanistan was engulfed in a decade of resource-draining chaos. With that in mind, even if you replace the bear with Uncle Sam, few would argue that the image conveys a shifting reality.

Since the beginning of the coronavirus pandemic, China has drawn both criticism and praise. Some condemn the release of a “biological weapon” into the world that has so far claimed the lives of more than six million people worldwide, while others praise its policies and successes in controlling proliferation and international humanitarian action. But in pinpointing the origins of the virus, the Chinese government and diplomats turned to “wolf warriors” and aggressively condemned attempts to hold Beijing accountable. There have been signs of a Chinese dragon preparing to breathe fire since before. During the Trump administration, China and the US were embroiled in a trade war that has caused ripples across the continent. But before that, Beijing showed it would no longer “hide its power and wait for the time” by actively changing the status quo in the South and East China Seas.

Today, dragon ambitions encompass the economic, military, technological, and political realms. As a result, China is concerned not only with some of the powers of the last century, such as the US, EU, Japan, and the UK, but also with neighboring middle powers, such as India, Australia, and South Korea. As China rises, all of the above nations will seek to deal with growing fears and questions in societies trying to decipher China’s aims and motives. But these issues also extend to Africa, Latin America and the Arab world, where China has successfully increased its presence over the past decade.

Understanding these developments from a holistic perspective is indeed a tremendous task. To understand the dragon’s fire power, one must understand its motivations, strengths, vulnerabilities, and how others today perceive the dragon. This also requires an understanding of China’s soft power, China’s long-standing role as “the world’s factory,” domestic ethnic movements plaguing the government, and a transforming self-image in Chinese society. The father-son duo of Dr. Mohammed Kier Alwadi and Dr. Karim Alwadi have done this admirably with their work Chinaphobia – A Wasted Opportunity.

Mohammed Kheir served as Ambassador Extraordinary and Plenipotentiary of the Syrian Arab Republic to the People’s Republic of China from 2000 to 2008. In 2009, he founded the China and Asia Studies Center. Drawing on his experience as an ambassador and observer in China, he has authored many books and articles on international affairs and Sino-Arab relations. His son, Karim Alwadi, is a Beijing-based political scientist with a PhD in international politics from the China Diplomacy University. He is a Fellow of the Institute of the Middle East and Africa, Renmin University, and a Senior His Fellow of the Institute of Global Governance and Development, Tongji University, Shanghai.

The book is conveniently divided into four chapters, covering the reasons behind the growth of Sinophobia, the means of hostilities against China, its ambitions for global leadership, and some of the more pressing issues arising from China’s rise. Guide the reader on the issue. The father-son duo build the book’s premise by drawing parallels to the Cold War era before diving deep into China’s rapid and ferocious economic growth. It emphasizes the shift of the center of global geopolitical gravity to Asia, explaining the lack of a coherent strategy for global economic growth. The book then focuses on China’s neighborhoods, covering the historical underpinnings and ongoing developments along China’s land and sea borders. Beyond a statistically-heavy approach, the duo will discuss political and social perspectives on these issues and how they affect the region. In the next part, the book provides a comprehensive view of China’s soft power. Much literature exists on the subject, but ChinaPhobia does an impressive job of focusing on the problems facing China’s soft power and why they feel uneasy.

The authors then provide a realistic assessment of the Belt and Road Initiative, highlighting its rationale, successes and failures, and how it is perceived around the world, especially in countries where the project is underway. . This part also examines the “debt trap” narrative and how it stems from Beijing’s inexperience in foreign investment projects and its deep-seated inability to grasp constructive criticism. Finally, the authors provide a detailed overview of the impact of the coronavirus pandemic on China’s international standing and the impact of wolf and warrior diplomacy.

Chapter 2 begins with a historical background, analyzes the arms race between the West and China, the recent trade war, Uyghur/Xinjiang and Tibet issues, and identifies some of the most pertinent ways Sinophobia permeates. Explore. In Chapter 3, the book deciphers the foundations of China’s ambitions for global leadership. It distinguishes Beijing’s hegemonic aspirations to dominate the world by changing the status quo and avenging the experience of a century of humiliation from its ambition to change the balance of the world and be treated equally at the international high table. doing. This chapter further examines the role of Yuan in China’s future journey and the role of intellectuals and research centers in countering Sinophobia.

Finally, in Chapter 4, the author considers some questions arising from Chinaphobia. The duo presents a fair assessment of the winners and losers of this situation and examines the potential of Sinophobia to become an international phenomenon. This chapter also attempts to introduce some anecdotes to help mitigate the rise of Sinophobia in China and the world.

The study draws from decades of microscopic observations of China’s political and social levels. Throughout this book, the authors emphasize the desperate need for self-reflection in Beijing and Washington and a return to a more down-to-earth, practical, and engaging approach. This book comprehensively covers China’s inability to communicate clear and transparent goals and its effects that are currently being seen around the world. The duo opine that the international “honeymoon” with China is almost over and that China’s rise is inevitable. It reflects a reluctance to accept.

The book does not hesitate to present clearly and critically some of the issues regarding China’s rise, but some questions remain unanswered. The duo examined overall developments in the regions of Africa, Latin America, Central Asia, and Southeast Asia, briefly touching on subjects such as the border dispute between India and China. While highlighting some examples of devious tactics, the book fails to highlight many of Beijing’s most insidious strategies that have come to light in recent years. In some opinions, more than China’s economic rise and changing social outlook, this phenomenon makes others more skeptical of China’s ways.

Another thing the book lacks is a comparative analysis of xenophobia and xenophobia. At several milestones, the duo have highlighted how Chinese society is deeply suspicious of the rest of the world. It presents some examples that demonstrate the increasing meanness and meanness. This raises the problem of “Chinese phobia”.

This book is an excellent resource for those wishing to understand how the world will perceive and react to the rise of China. While withholding any bold predictions, I’ll ask some tough questions. Looking at both sides of the coin, the authors have produced an evocative account in a wonderful way.