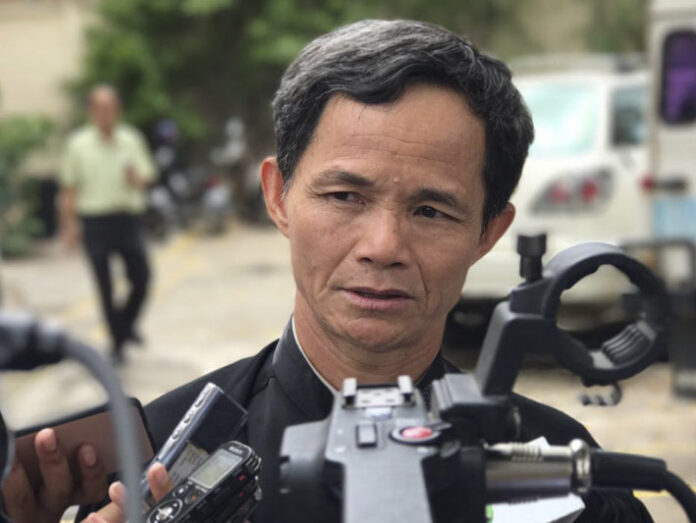 Choung Chou Ngy hopes his political career will be more successful than his legal career.

As a lawyer, Choung Chou Ngy has been given some of Cambodia’s most difficult cases. This is a country that routinely suppresses dissent under the strongman Hun Sen. The court appointed him to represent opposition political leaders, social activists, and poor landowners who rebelled against dictatorial governments.

It was hard work. As such, Chou Ngy jokingly calls himself a “lawyer who has never won a political case.” This is a self-deprecating nickname that says more about the state of Cambodian civil society than his legal qualifications.

Choung Chou Ngy, who says he is now in his 50s, is trying to combat his country’s hostility to human rights from a different angle. A challenger to the Cambodian People’s Party led by Hun Sen.

“As a lawyer, I have professional restrictions, but as a politician, I am free to meet,” he said, meaning he could present his case in front of potential voters rather than a judge.

Choung Chou Ngy said his focus on the Cambodian courts remained unchanged, and he ruled against his clients in almost every case.

“I clearly understand that I have a very important role in protecting activists and those who dare to protest for justice and Cambodian democracy. , is important in helping Cambodia promote respect for the law or the rule of law,” he said.

Choung Chou Ngy said he faced many difficulties in his career as a lawyer. In order to present his client’s cases, he often had to deposit money into his bank account. And he has occasionally faced personal threats when defending Cambodians fighting to hold their land against social activists and politically connected developers.

He himself was sentenced by the Kandal provincial court to two years in prison and a fine of 3 million riel (US$725) for defending a group of villagers involved in a land dispute. He is accused of freeing a client of his who was detained at a local police station. He denies his claims, saying the villagers were free to leave.The case is pending.

Choung Chou Ngy also identified Cambodia’s most prominent opponents of one-party rule, including Sam Rainsy and Kem Sokha, former co-founders of the Cambodian National Rescue Party (CNRP), which was dissolved by the Cambodian Supreme Court in 2017. have defended. At the request of Hun Sen. This decision allowed the CPP to fill all seats in parliament in his 2018 elections.

Sam Rainsy is now in exile in France, Kem Sokha remain on trial A charge widely regarded as politically motivated for the charge of “treason”.

“He took up his profession as a lawyer to help those in need. That’s his heart,” said Lao Mong Hei.

Choung Chou Ngy was born in the village of Preah Prosop in Kandal province, which surrounds Phnom Penh, the capital of Cambodia’s southeast. His parents are farmers. After graduating from the Royal University of Phnom Penh with a Bachelor’s degree in Physics, he worked as a teacher for two years.

After studying law and obtaining a master’s degree in public administration, he became a lawyer in 2004. His mother told him to take responsibility, not abuse his position and fight for justice.

“Peace requires people who have the courage to sacrifice themselves,” he said.

the need to meditate

He was previously involved in politics, though not as a candidate. Prior to working as a lawyer, Chong Chowgyi was a member of the CNRP board of directors. In addition to the party’s ban, 118 of its members were barred from participating in politics during his five years.or ban lifted On November 16th, Chong Cho Gui was able to run.

Challenging Hun Sen’s rule has always been risky, but Chun Chow Nghi is looking to get back into politics at a particularly difficult time.

The CNRP ban facilitated and continues to crack down on dissent. The prime minister, who has ruled Cambodia for nearly 40 years, appears to want his son, Hun Mamet, to succeed him. Eight months until the 2023 election. Hun Sen Rainsey has already threatened to ban Candlelight over comments he made to RFA defaming King Norodom Sihamoni.

Choung Chou Ngy said he has dealt with his disappointment as a lawyer by meditating with his wife, a lawyer who is also a renter in Phnom Penh. He said the practice helped the couple maintain a degree of equanimity in the face of the injustice they witnessed.

As an MP, he says he will have more tools to fight back. It is to promote legislative mechanisms to punish officials, he said.