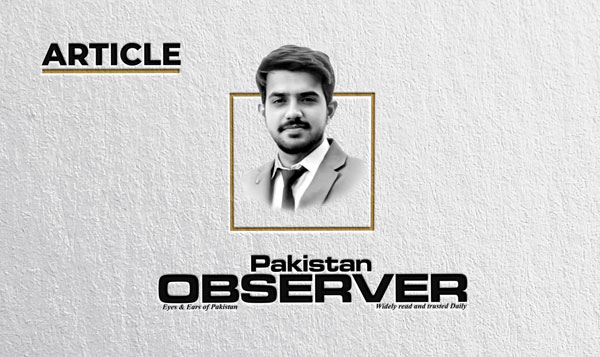 SAARC: The Failure of Regionalism in South Asia

In the last quarter of the 20th century, the world witnessed a major shift towards regionalism.

The overarching goal was to promote regional peace and prosperity through multilateral engagement.

Regionalism refers to the concept of geographically closed, close-range states joining hands for the purpose of cooperating towards mutually set goals.

The South Asian Association for Regional Cooperation (SAARC) was established in 1985 with the aim of bringing about economic, social and cultural development, uniting South Asian countries and promoting the welfare of the South Asian people. .

Unfortunately, 40 years after its formation, regionalism is still a dream in South Asia, which remains one of the poorest and least integrated regions in the world.

There are several obstacles to the pursuit of SAARC’s greater common goals and objectives.

First of all, the attitudes of SAARC countries show a nationalistic tendency. Since the end of the world wars, even the most patriotic and nationalistic European nations have started talking about cooperation.

Regional organizations such as the European Union (EU) and the Association of Southeast Asian Nations (ASEAN) have united nations, including past enemies, but this blueprint has not been successful in South Asia.

The main reason is that the Hindu, Muslim and Buddhist SAARC countries do not belong to the same civilization.

South Asia’s cultural, religious and ideological landscape is complex. SAARC countries lack a sense of regional affiliation and are reluctant to give up their personal identities.

Countries that are successful members of regional organizations such as the EU and ASEAN often refer to themselves as ‘ASEAN’ or ‘European’.

However, people in India and Pakistan are very unlikely to introduce themselves as SAARCIAN, so the SAARC countries do not own the organization.

Lack of a common identity therefore leads to SAARC failure. Similarly, SAARC has suffered because of tensions between India and Pakistan, particularly over the disputed Kashmir territory.

The SAARC summit has also been postponed due to these bilateral issues, which is a big setback.

For example, the 2016 summit was scheduled to be held in Pakistan, but was forced to be canceled after India boycotted it and Afghanistan, Bangladesh, Bhutan and Nepal also refused to participate under Indian influence.

SAARC has no chance of succeeding until relations between India and Pakistan are repaired.

Ironically, Article 10(2) of SAARC does not allow discussion of bilateral and controversial issues in its forums.

Including bilateral issues in the SAARC Charter would give other member states an opportunity to work together to put pressure on India, which is unacceptable to India.

Therefore, the lack of dispute resolution mechanisms and the constant presence of conflicts are impeding the progress of SAARC.

Moreover, India’s hegemony aspirations hinder regional cooperation in South Asia. Comparing India to her SAARC neighbours, there is a tremendous gap in terms of both resources and power, creating a growing sense of insecurity among SAARC countries.

In his book The Tragedy of Great Power Politics, Mearsheimer argues that in an anarchic international environment, a great power maximizes its power until it reaches the level of hegemony.

In the context of South Asia, India is a powerhouse, and it seeks to coerce SAARC members to align themselves with India’s national interests.

It considers itself a regional hegemon. However, this point of view is not shared by other his SAARC states.

To maintain its hegemony, SAARC has moved to other groups such as the Bay of Bengal Initiative for Multisectoral Techno-Economic Cooperation (BIMSTEC). Bangladesh, Bhutan, Nepal and Sri Lanka participate, excluding Pakistan.

India wants to make decisions that suit its national interests and does not consider the reservations and concerns of its other neighbors.

India’s policy approach aims to dominate the smaller SAARC countries or divide them into subgroups.

None of these goals promote cooperation among SAARC countries. SAARC members focus on vested interests and politics when there are common issues that countries need to address collectively.

South Asia has great economic potential, but SAARC countries are failing to capitalize on it.

Currently, intra-regional trade among SAARC members is less than 5%. Lower than all other regional organizations.

Countries can note that trade between India and China and the United States and China are at optimal levels despite their differences and clashes.

If these countries are able to conduct trade, the South Asian countries will also be able to normalize their trade relations, ultimately easing tensions and leading to cooperation in other areas.

In addition, South Asia’s environmental crisis is a major problem for countries, as South Asia is highly vulnerable to climate change.

Pakistan and India are also facing smog. Glaciers in Bhutan, Maldives and Pakistan are melting.

Cooperation in these areas will open windows to resolve other bilateral issues. Countries must learn from the EU and ASEAN to form a single identity.

Attempts to build regional integration without fostering this identity are doomed to failure.

There can be no regionalism without resolution of bilateral issues. So India needs to stop thinking of itself as a hegemonic power in South Asia. And her SAARC nations must end mutual animosity, heal old wounds, and work together for a better future.

— The writer is a senior contributing columnist based in Islamabad.