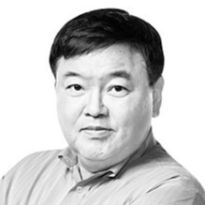 The author is the chief reporter in charge of international affairs at JoongAng Ilbo.

A pivot to Southeast Asia has become a fashionable idea. Located between China and the Pacific and Indian Oceans, the international role of this region has increased significantly due to its maritime and geopolitical values.

The region hosted a series of global political summits this November. The 25th Assembly of the Association of Southeast Asian Nations (ASEAN), consisting of 10 countries and 3 countries (Korea, Japan and China), was held in Phnom Penh, Cambodia from 10-13 November.

The G20 Summit was held in Bali, Indonesia on November 15-16. US President Joe Biden, newly elected in 2020 and victorious in the November 8 midterm elections, met with Chinese President Xi Jinping, who was confirmed for a third term last month. The world stage is Southeast Asia. There, Xi had a biting conversation with Canadian Prime Minister Justin Trudeau, accusing him of leaking private discussions to the media, but Western leaders responded calmly with a speech on press freedom. Clashes between the US and China, between democracy and authoritarianism have made headlines.

Saudi Arabia’s Crown Prince Mohammed bin Salman attended the Asia-Pacific Economic Cooperation (APEC) Summit in Bangkok, Thailand, November 16-19, after visiting Seoul on November 17. He canceled his trip to Tokyo. However, he accepted an APEC invitation before he left for Qatar for the 2022 FIFA World Cup.

The 9th ASEAN Defense Ministers’ Meeting (ADMM-Plus) will be held this week, with participation from 10 ASEAN countries and eight countries including Japan, the United States and China. This is the largest multilateral security dialogue framework in the Asia-Pacific region. US and Chinese defense secretaries will meet through the ASEAN platform to discuss de-escalating conflicts and tensions. South Korea is hosting another her ASEAN Defense Conference, last held on 10 November 2021.

This series of major diplomatic events has two implications. One is the rise of Southeast Asia’s role in global diplomacy as a geographic waypoint as US-China competition intensifies in the post-Covid-19 era. The other is the expansion of ASEAN from economy and tourism to defense and security. Security threats from China’s territorial claims in the South China Sea, the construction of military bases, and North Korean provocations are forcing countries in the region to expand their cooperation with others. Southeast Asian nations are becoming more active in the new global security order.

With its strategy in Southeast Asia focused primarily on business, South Korea must strengthen its ties with ASEAN in a variety of areas, including defense and security. The crux is to extend South Korea’s Maritime Line of Communication (SLOC) beyond South Korea’s traditional diplomatic and defense boundaries around the Korean Peninsula.

The region is home to Indonesia, where South Korea imports energy, and hosts SLOC, a maritime route for trade, logistics and energy sources from the Middle East. South Korea relies on her SLOC to bring energy home from the Bab El-Mandeb Strait, located at the southwestern tip of the Arabian Peninsula, and the Strait of Hormuz, which connects the Arabian Sea and the Indian Ocean, through Southeast Asia.

South Korea must negotiate with Vietnam about using the international port of Cam Ranh Bay, which was a US naval base during the Vietnam War. For the South Korean Navy and Coast Guard to effectively defend South Korean freighters along her SLOC, they need reliable ports of call for rest and resupply. Seoul could also discuss with Manila the use of Subic Bay to host a US naval base.

South Korea also needs to expand military exchanges with Singapore.Southeast Asia and South Korea have a wide range of areas of cooperation. South Korea is one of the few countries that can supply various types of weapons and defense resources.

Seoul must seek stronger defense ties with Southeast Asia. Instead of remaining silent on international affairs, South Korea should play the role of a middle power.

This requires a positive and long-term reorientation towards ASEAN. President Yoon Suk-yeol must act on the declaration in Phnom Penh that South Korea sees ASEAN not just as an economic partner, but as a strategic partner for a highly uncertain future.