New Year celebrations have China on its toes, Occasional bytes 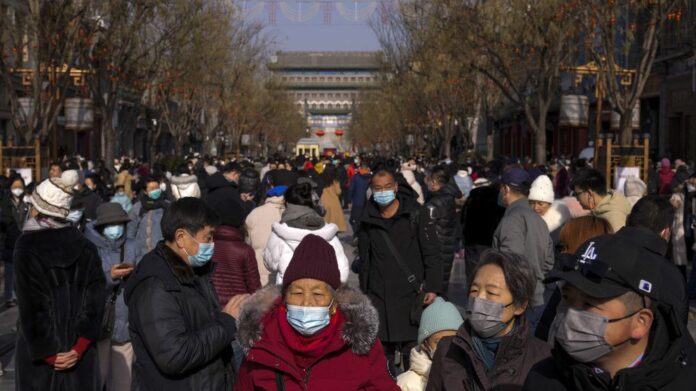 As China celebrates the arrival of the Year of the Rabbit, nearly all factories will be closed for holidays throughout the week as at least tens of millions of people return to their ancestral homes to celebrate the Chinese New Year with extended families.

For three years, such celebrations have been put on hold due to Covid restrictions, and drastic quarantine measures have been imposed whenever new Covid cases are detected. With the sudden cancellation, China’s Ministry of Transport has estimated that more than 2 billion trips will be made in 40 days.

That’s where the problem lies. The pandemic isn’t over yet, and in fact the fast-spreading Omicron variant of the Covid virus has spread across the country, with a high percentage of infections going asymptomatic. Health experts are now concerned that unfettered mass movement will allow the virus to reach rural areas of the country with inadequate medical facilities.

President Xi Jinping himself has expressed concern about this. “My biggest concern is rural areas and farmers. Health facilities are relatively weaker in rural areas, which means prevention is more difficult. [Covid] And the challenge is harder,” he said.

Hubei province and its capital city of Wuhan began seeing outbreaks of what was then reported as a “SARS-like illness” three years ago during the Chinese New Year. Still, New Year’s celebrations, which draw tens of thousands of people, were allowed to proceed as normal. By the time Beijing ordered a full lockdown of Wuhan on January 23, 2020, her 5 million had already left the city of 12 million.

As the disease spread across the country, Beijing began enforcing the world’s strictest lockdown, with millions ordered to stay at home and undergo PCR tests almost daily. Even after the situation stabilized, people were ordered to download tracking apps and monitor their movements, and were not even allowed to board buses or trains without a green light from the apps.

It was a three-year streak as the virus evolved into various mutants as the rest of the world began to learn to deal with small outbreaks of Covid without disrupting life. It continued to insist that a method of continuous testing was the only way to address the situation.

Suddenly, the Chinese Communist Party (CCP) reversed its zero Covid policy and the government lifted all restrictions that had been in place until then. Authorities suddenly changed course, declaring the virus to be mild, requiring little surveillance. Along with this shift in policy, Beijing also stopped issuing reports on daily case numbers and narrowed its definition of Covid-related deaths.

The sudden opening has led to a spike in Covid cases, and hospitals have been flooded with patients seeking treatment. Beijing released figures that even the World Health Organization deemed lacking, and some of the official data even contradicted figures released by local governments. A sharp increase in numbers is troubling global health experts as it could lead to the emergence of more dangerous variants.

But Hong Kong-based epidemiologist Ben Cowling downplayed this concern, saying Omicron variants find little resistance in the Chinese population, making the virus less likely to need to mutate. The lack of resistance to Omicron is largely due to the fact that China uses domestically produced vaccines and, like India, has kept more effective mRNA vaccines at bay.

Another concern facing the country’s health professionals is the low vaccination coverage of people over the age of 80, around 60%. They worry that the fatality rate for people with COVID-19 will rise with age, and that the death toll in that age group could be very high.

These concerns do not appear to be unfounded, as Wu Zunyou, chief epidemiologist at the China CDC, said last week that about 1.1 billion people in the country have been infected with Covid since last month. Given that the disease has an estimated case fatality rate of about 0.3%, such a sharp spike could also lead to an explosion in mortality. He could die up to 36,000 people a day in the UK during this holiday season, according to estimates by UK-based health analytics firm Airfinity.

The situation is still developing, but social media posts show the grim situation, including many fresh wreaths hanging in a graveyard and a dinner with grief-stricken families following the death of a family member. increase. But the Chinese Communist Party is back in a celebratory mood, and state media are heavily covering New Year’s entertainment and celebrations. At the Davos Economic Forum, Vice Premier Liu He expressed optimism about the economy while welcoming investors back home.

The coming weeks will determine whether this positive mood among CCP leaders is justified. If the resurgence of Covid incidents leads to factory disruptions and unstable supply chains, companies that have already started looking for alternative production facilities will speed up their search. can affect.

Get daily updates from Mathrubhumi.com