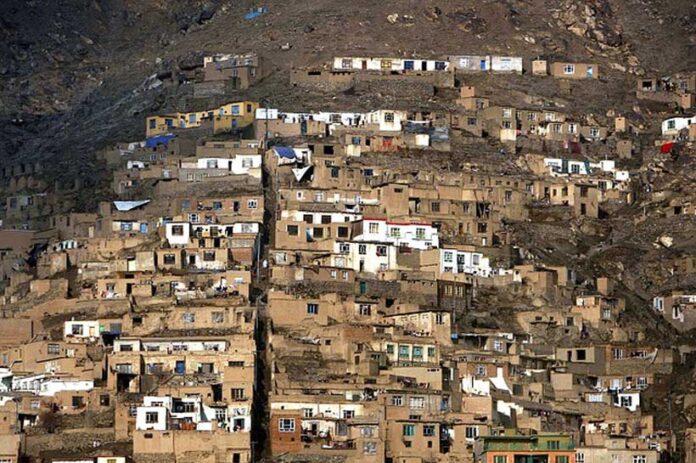 Foreign diplomats flood the country during elections and protests in Bangladesh. In some cases, it goes beyond the scope of diplomatic etiquette. Elections are an internal affair for any country. The state decides how the elections will be held. Bangladesh’s ambassador to Washington will never talk about who will be in the American elections or which political parties will follow which policies. His talk doesn’t seem to make news in any media in the US. Talking about the internal affairs of the country is sad and nosy. But it is common in our country. We invite foreigners to meet with them to resolve political disputes. We are definitely responsible.

Some foreign ambassadors and heads of international organizations in Bangladesh have started spreading false information to the Bangladesh government and malicious interference in internal affairs in various ways.

We oppose the politicization of human rights issues, the application of two-tiered standards and the interference in Bangladesh’s internal affairs by foreign countries and their allies under the guise of human rights protection.

Some foreign ambassadors and heads of international organizations in Bangladesh have started spreading false information to the Bangladesh government and malicious interference in internal affairs in various ways.

We oppose the politicization of human rights issues, the application of two-tiered standards and the interference in Bangladesh’s internal affairs by foreign countries and their allies under the guise of human rights protection.

Article 41(1) of the Vienna Convention on Diplomatic Relations clearly states: They also have a duty not to interfere in the internal affairs of the country. ”

Moreover, in its 1986 decision, the International Court of Justice reaffirmed non-interference as a norm of customary international law. Some foreign dignitaries based in Dhaka are openly collaborating with anti-Bangladesh elements and destabilizing those who seek to interfere in our country’s affairs. Their actions undermine the spirit of the rule of law and violate international law. Such heinous acts should be condemned by all communities that respect the rule of law, and it is our duty to prevent them from occurring.

Some foreign countries and powerful Dhaka-based diplomats have chosen to ignore the fact that Bangladesh’s democracy is growing and the majority of the population want peace and prosperity in the region. But when they criticize Bangladesh’s democratic elections, high development, commitment to human rights and freedoms, they come across as ‘democracy preachers’, highlighting their hypocrisy and criticizing our country. It will only try to destabilize and halt Bangladesh’s progress towards achieving its goals. Prestigious reputation on the world stage.

Bangladeshi people have the right to speak about their internal affairs as they do to the country. Domestic politics in Bangladesh include deciding what electoral system to use and what path of democratic development to pursue.

Foreign ambassadors appear to be commenting on election administration, electoral fairness and fairness in light of the upcoming parliamentary elections. Whenever the country’s politicians are out of government, they show up to foreigners with a ‘complaint’. This is the political reality here. It is unethical for ambassadors to interfere in internal affairs. But just as diplomats are responsible for their unethical activities, so is the lack of coexistence between rival political parties in Bangladesh. Some political parties are effectively embarrassing the government by seeking the cooperation of other countries for the upcoming elections. Foreigners take advantage of it. Apart from the Permanent Representative of the United Nations and the ambassadors of 27 countries, the European Union also met with the opposition. Their position is clear. Westerners want participatory and fair elections. US Ambassador to Bangladesh Peter Haas said at a “Meet the Ambassador” event held at a hotel in the capital on September 29, “The US does not support any particular political party. He wants inclusive, fair and transparent elections: “The responsibility to conduct fair elections lies not only with the Electoral Commission, but with governments, political parties, civil society and all relevant institutions,” he said. said.

British High Commissioner Robert Chatterton Dixon, who recently visited the temple of Kumudini Home in Mirzapur, Tangail for Durga Puja, said the UK was monitoring the state of the national elections. They are not worried about the ongoing situation. But there is no violence over the upcoming elections in Bangladesh. Rather, they want to see a peaceful environment.

is this so new? Don’t our people want a peaceful electoral environment free of violence? So why are we shocked to hear these things from the mouths of foreign diplomats? political parties and groups need to get out of the political system of slandering and complaining about the domestic affairs of the country. So that foreigners cannot interfere in our internal affairs. Institutionalization of democratic institutions requires the coexistence of government and opposition parties. Our responsibility and responsibility for our own mistakes and misdeeds is ours, as well as the responsibility to correct them.

But the truth is that influential government and opposition leaders are in contact, sometimes openly and sometimes covertly, with foreign embassies in Dhaka. Their communication is with ambassadors, mission leaders and embassy officials. Again, some politicians frequently meet with diplomats at their own request.

There will certainly be no gossip and laughter at these meetings. What are they saying between each other? According to the news published in national newspapers, most Western diplomats have shunned Bangladesh’s democratic and electoral turmoil and debated human rights issues due to the practice of democratic and humanitarian values ​​in their respective countries. has become a topic of discussion. In this case, embassies are divided into two categories. One is the political situation in Bangladesh. Some parties are particularly interested in voting and some are not at all.

For example, ambassadors from the UK, US, Canada, Australia and European Union countries are openly discussing whether the next parliamentary elections will be free, whether voting will be fair and what the polling place environment should be like. . .

Experts believe that diplomats can talk about politics. But it happens in private. It can have good results. But in our country nothing is done secretly anymore. By letting everyone know. When he is in the opposition, he hopes to embarrass the ruling party by discussing political issues with the ambassador. It is believed that this happens because political parties do not have the self-confidence or confidence that they can solve various problems, including political issues, on their own.

US Ambassador Peter Haas has clarified that “Bangladesh people are free to choose their government. This is what America wants.” He said this at an event at a restaurant in Dhaka on September 29.

Prior to this, ambassadors from several influential countries, including the United States and Germany, held separate meetings with the Election Commission, the leaders of several political parties. According to media reports, diplomats are asking what the next 2023 elections will look like, what the party’s strategy will be, and what the minimum conditions are for all opposition parties to go to the polls for the majority of the meeting. But after an hour-long meeting at the Electoral Commission on June 8, Peter Haas said, “America has no interest in worrying about which party won.” rice field.

Diplomatic sources say most foreign ambassadors in Dhaka are unwilling to discuss local politics or upcoming elections at public meetings. But we hear political stories behind diplomats in India and China, among other influential and active countries. I will also inquire about Pakistan, but it is behind the scenes.

Diplomats, all representatives working in all international organizations and all foreign missions located in Dhaka should be politely informed that they are expected to follow relevant rules and etiquette when conducting diplomatic activities . In view of recent events, the Ministry of Foreign Affairs would like to respectfully inform everyone that diplomats at the public and private levels conduct their diplomatic activities in accordance with appropriate diplomatic protocols. This is provided for in the 1961 Vienna Convention and his 1963 Vienna Convention on Consular Affairs.

The principle of non-interference in a state’s internal affairs also means that a state must not intervene in the internal affairs of another state in an authoritarian way. In the Nicaragua case, the ICJ referred to “the element of coercion that defines and indeed forms the essence of a prohibited intervention” (ICJ Reports 1986, page 108, para 205).

People outside Bangladesh find it hard to believe that the top political leaders of Bangladesh’s two major political parties met with a particular country’s CDA to discuss that country’s electoral roadmap in the glare of print and electronic media. would like to Political parties must stop this immediately for their own sake and for national pride. They can interact with these diplomats, but they must do so outside of the media glare and must be careful about these interactions.

Diplomats violating the Vienna Convention are ultimately responsible for sorting things out here. Diplomats make frequent press and media appearances on domestic and political issues in their own countries, and meet with government officials and politicians in the host country, thereby spreading false beliefs and perceptions among the public and undermining bilateral relations. It must be recognized that it can even have a negative impact on It cannot improve relations with Bangladesh, but it does nothing to improve politics or governance. They should also realize that no other capital city allows such violations of the Vienna Convention.