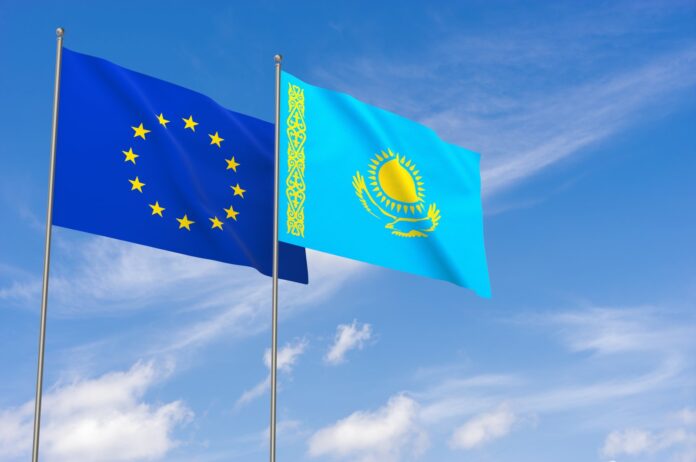 Kazakhstan continues to play an important role in European Union initiatives to improve and deepen relations with Central Asia. Through high-level contacts and ongoing discussions at multiple levels, bilateral cooperation between Kazakhstan and the European Union has steadily advanced and has become even more important in light of the current geopolitical situation.

Located at the crossroads of Asia and Europe on the Eurasian continent, strategically important Kazakhstan once again demonstrated this with two back-to-back high-level visits last week. On the eve of the 30th anniversary of the establishment of diplomatic relations between the Republic of Kazakhstan and the European Union, President of the European Council Charles Michel visited and attended Astana from his 26th to 27th October. Central Asia Summit At the invitation of the President of Kazakhstan Kassim Jomart Tokayev.

The EU is Kazakhstan’s most important trading partner, accounting for 40% of its total foreign trade. Kazakhstan exports almost all of its oil and gas sector to the EU, as well as minerals, chemicals and food. During his recent visit to Astana on 27 October, Michel also emphasized the fact that the EU is Kazakhstan’s main trade and investment partner.Michelle called Kazakhstan “Valuable Partner” The EU hoped to “develop cooperation” as Kazakhstan has sought to reduce its dependence on Russia since Russia sent troops to Ukraine.

Kazakhstan is also the EU’s main trading partner in the Central Asian region. The Enhanced Partnership and Cooperation Agreement (EPCA) between the European Union and Kazakhstan, which entered into force on 1 March 2020, is the first of its kind signed by the European Union with one of its partners in Central Asia. and the most important agreement. A comprehensive framework for bilateral relations.

The EPCA serves as the legal basis for EU-Kazakhstan relations and is a broad framework for enhanced political dialogue and cooperative sectoral cooperation, covering 29 areas of cooperation ranging from trade and investment to science and tourism. provide.

Energy and business considerations form the core of European connectivity to Central Asia, and from a broader perspective, the EU-Central Asia connectivity project is now important for Kazakhstan. Due to the sanctions imposed on Russia after its invasion of Ukraine, replacing the trade route with the Trans-Caspian Sea international shipping route, also known as the “Central Corridor”, in what Moscow calls a “special military operation” is in the near future. lead to motivation. For seeking a deeper relationship between Brock and Kazakhstan at this very moment.

Russia’s invasion of neighboring countries in late February exacerbated a global oil and food crisis, escalating into Europe’s biggest battle since World War II. There was also an energy conflict between Moscow and her EU, exacerbating the situation and making it more difficult and costly for blocs to stockpile energy ahead of the winter heating season.

Last but not least, the current geopolitical situation underscores the need for new alternative routes connecting Asia and Europe, and the EU has decided to pursue bilateral relations with Kazakhstan, which has mutual interests in further cooperation. It seems to be deepening.

Stay up to date with what is happening in Turkey, the region and the world.