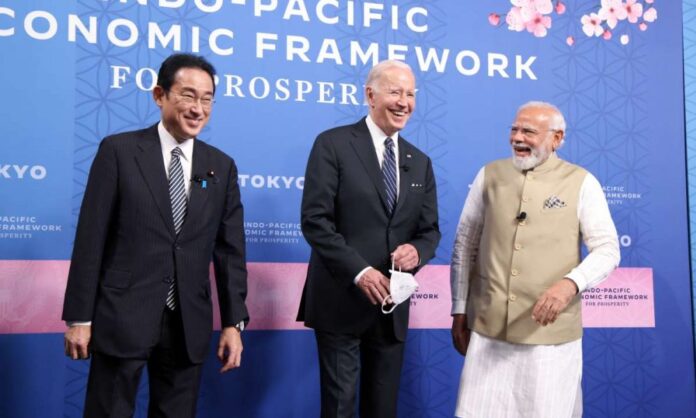 Given that India has risen from 11th to 5th place in a decade, this is certainly not a feat. At the same time, India’s economic graph is closely intertwined with its foreign and foreign policy trajectory.

With particular reference to India-Japan relations, the trajectory of Japan and India-Japan relations India We have traveled far and wide, from the days when New Delhi remained a frontier to the ‘Asian vision’ of post-war Tokyo. Once part of Japan’s ‘Rest of Asia’, India now plays a more important role in the thinking, formulation and attitude of Japan’s foreign policy, whether economically, politically or strategically.

Post-Cold War India’s approach to its neighbors also changed significantly after the Cold War. New Delhi was carrying out a coordinated shift in foreign policy direction by announcing the ‘Look East’ policy in 1991. The “Look East” policy, first formulated in 1991 under then-Prime Minister of India PV Narasimha his Rao, aimed to strengthen ties with India. Specifically with Southeast Asia and more generally with East Asia.

New Delhi then approached its eastern, far eastern and southeastern neighbors in Asia with a renewed zeal largely based on its Asian revival. Both ‘Look East’ and ‘Act East’ were primarily intended to facilitate India’s integration with East and Southeast Asia. The success of the shift can be measured through subsequent rollouts, including the annual India launch.ASEAN Dialogue in 1992, promoted to summit level exchange in 2002.

Japan clearly foresaw the rise and rise of India as an important Asian power for decades. Moreover, her decade since 2000 has witnessed an ever-expanding range of international trade as a result of globalization.

When In March 2004, the Japan-Asia Chief Delegates Meeting was held in Tokyo., the theme of the conference centered around ‘Emerging India’. India was perhaps the first focus of discussion at such a forum, with nearly 30 of his Japanese ambassadors in various parts of Asia present to discuss the subject.

India’s foreign policy focus on the region included key elements such as:

Following this meeting, a dialogue was arranged with all the above Japanese chiefs and the then Japanese Prime Minister. Junichiro Koizumi, the Liberal Democratic Party (LDP), and Japan’s leading business representatives. India was a common and overlapping point of discussion in all these exchanges.

Changes in Japan’s Official Development Assistance (ODA) policy may have added another effect in stimulating public interest in India. In fact, the latter has become Japan’s largest recipient of her ODA, overtaking China, which has held that slot for many years.

Controversially, the same report predicts that India’s economy could surpass Japan’s by 2032.

Japan and India are Asia’s preeminent democratic powers. important drivers of regional and global growth, from Africa to East Asia, It covers the sub-regions South, Southeast Asia, and Central Asia.

More importantly, strategic thinking in Japan and India is moving toward a more public stance against revisionist maritime threats. Likewise, both countries are promoting partnerships in the region, with a broad understanding that security remains the cornerstone of regional economic prosperity.

The views expressed herein are those of the author and do not necessarily reflect the policies or positions of the author’s organization.she tweets @Monica ChansoriaFind more articles by Dr. Chansoria here upon Japan Forward.