Is Asia a reason for the tide finally turning on cryptocurrencies? 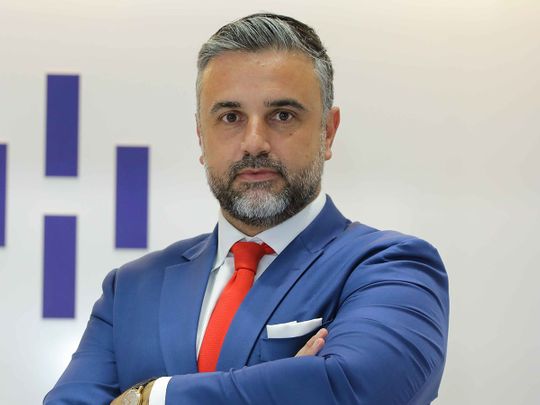 News coming out of the Far East is very progressive amid growing market uncertainty. Initiatives by regulators and institutions have launched products that lack investors in the West.

The easing of China’s regulatory stance could provide a tailwind for the crypto industry and bring back strong online demand. Combined with hopes of reopening following a strict zero-coronavirus policy, the market has reason for optimism. China’s border restrictions began easing earlier this month after a three-year closure.

Industrial metals such as copper and steel have slumped in recent years due to weak demand from China, rising more than 30% from their October lows. Even under Beijing’s scrutiny, Hong Kong has been the epicenter of many exciting developments.

These measures aim to lead the city into a virtual asset hub, with policy stances more clearly communicated. It is also possible that Chinese citizens will be able to access cryptocurrencies through Hong Kong. The region had attracted large cryptocurrency players such as Binance and FTX due to its favorable policies, but was later blocked by a stricter mandate on the mainland.

“We need to find ways to enable China to do things it is not yet ready to do,” said Charles Li, chairman of Micro Connect. “Mental step,” he stressed.

Expanding the scope of AML

By June 2023, virtual asset service providers will be subject to the same anti-money laundering and anti-terrorism financing laws as traditional financial institutions. This is primarily intended to include the operation of a virtual asset exchange. Hong Kong recently launched its first crypto exchange traded fund (ETF).

CSOP Asset Management has issued the much-anticipated securities that will give financial institutions easy access to Bitcoin and Ethereum. His ETFs initially raised $59 million and his $20 million respectively. In the US, he has argued, the lack of accessible securities such as ETFs is part of the reason capital is flowing to offshore, less regulated jurisdictions.

The Securities and Futures Commission (SFC) recognizes the risks posed by the industry, but has proposed a number of tokens to allow retail investors to trade. A compulsory licensing program is planned for platforms that aim to provide retail services, along with improved education.

Across the East China Sea, Japanese authorities have given the go-ahead to allow foreign stablecoins to be listed domestically. The Financial Services Agency (FSA) is eyeing regulations that allow local distributors to process payment-focused stablecoins. Domestic exchanges are currently not allowed to list foreign stablecoins such as USDT and USDC.

Removal of this ban could significantly increase trading volume in the region as it will allow regional exchanges to offer assets paired with the largest stablecoins. Nearly 90% of all his BTC transactions are now in stablecoins. FTX Japan is also one of the solvent subsidiaries of the FTX Group of companies. The assets are likely to be sold pending court approval.FTX Japan customer withdrawals are likely to resume in February.

South Korea recently announced the launch of the Metaverse, a replica of its capital, Seoul. Citizens are encouraged to use virtual avatars to access tax advice, youth counseling, and small businesses. The Metaverse will soon incorporate augmented reality and cryptocurrencies, along with investor services.

This will form a Digital New Deal initiative aimed at improving public services.

Slowing inflation in the US, along with the slowing pace of rate hikes and a rebound in Chinese demand, could catalyze an Asia-led recovery. We view these developments as overwhelmingly positive for the industry.

It may be too early to hit bottom, but Bitcoin is currently trading in high value territory. China and the rest of Asia are sizable and could be just what the industry needs to enter a new bull market.

The writer is the CEO of Hayvn.