Iranian society vulnerable to climate change for over 4,000 years: study 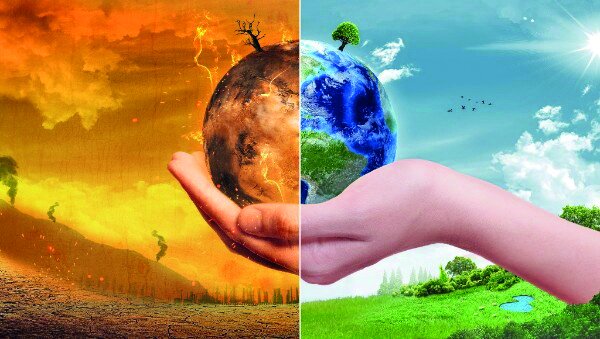 TEHRAN – Over the past 4,000 years, a team of researchers from Linköping University in Sweden has studied historical changes in precipitation and vegetation near the archaeological site of Konar Sandal in southeastern Iran.

This research highlights the vulnerability of human societies to a changing climate. According to this study, marked climate change and changes in agricultural conditions coincided with the rise and fall of the Persian Empire.

Today most of Iran is a desert. Historically, however, there was heavy rainfall across the region before the monsoon pattern changed. From the Late Bronze Age to Late Antiquity, Iran was at the center of significant political and economic development in the region, EurekAlert reported on Jan. 17.

“About 4,200 years ago there was an Early Bronze Age community at Conal Sandal near Jiroft. Agriculture flourished and an urban complex was partially excavated at the site. We were curious to see what this was like as it caused the collapse of a developed Bronze Age community.

Peat beds were dated using the Carbon-14 method. The researchers also performed trace element, pollen and biomarker analyses, which they combined with existing archaeological data to find the flora and fauna that lived in the area at different times.

In the absence of historical records, tracking these signals could provide clues as to whether people lived there, cultivated anything, and if so, what. There is a nature.

Using this information, researchers were able to reconstruct whether the climate was hot or cold, wet or dry. During the rainy season, people engaged in agriculture to feed the population and the community flourished.

People switched to nomadic life during the dry season and abandoned settlement, only to return when favorable conditions improved.

Researchers found that the region experienced intermittent wet and dry seasons. The first pollen records from Cerealia-type plants indicate that intensive agricultural practices began about 3,900–3,700 years ago. This time of year coincides with the relatively wet climate of the Jiroft Valley.

In contrast, the weather in the valley between 3,300 and 2,900 years ago was very dry and windy. Cerealia-type pollen levels are very low, indicating that agriculture has nearly come to a halt.

About 3,200 years ago, the driest conditions in the Jiroft Valley coincided with the collapse of the late Bronze Age settlement of Conner Sandals.

About 600 years later, the Persian Empire emerged, followed by two of the most powerful kingdoms in Eurasian history: the Achaemenids and the Sassanids. These roughly coincide with the two wettest periods in the sediment record.

“From the peat cores, we can establish that agriculture and food were abundant during the height of the Achaemenid and Sassanid dynasties,” says Joyanto Raus.

According to Joyanto Louth, climate has always played an important role in West Asia, but it has not always been factored into the equation.

“Archaeologists suggest that these empires collapsed due to weak succession, pestilence, and political and military expansion. They generally overlooked climate as the driving force behind these changes. We do not deny that the archaeologists’ claims are important, but we must consider that suddenly the monsoon patterns have changed, making it impossible for agricultural communities to grow crops. This had a cascading effect, leading to the decentralization of power and ultimately the disappearance or abandonment of many settlements in the region,” says Joyanto Routh.

While cautious about linking the success of these empires to changes in climate, the researchers say these correlations combine detailed evidence of climate change with archaeological and historical context to identify impacts that have previously been identified. We argue that it emphasizes the importance of being able to investigate the interactions between the various factors that may have given. civilization.