India’s Efforts in Search of New Role in Afghanistan 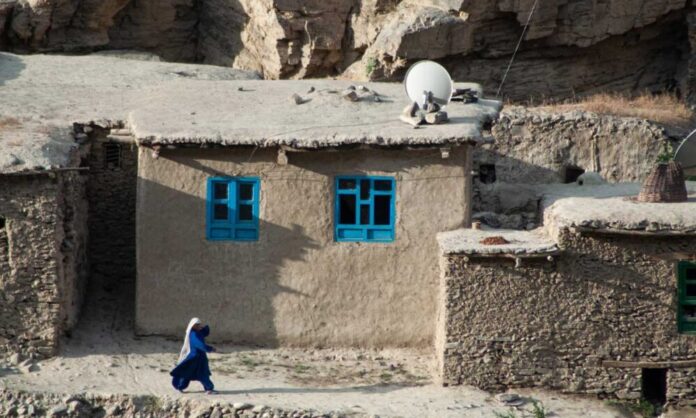 The Taliban movement, which has ruled Afghanistan since 15 August 2021, is still under diplomatic and indirect financial pressure from Russia, China, Uzbekistan, and several other regional states. But dictatorships fail to understand the serious problems and challenges that can arise from extremist governments that have turned to terrorism as a means of waging political warfare. Political and economic pressure on the Taliban leadership to change the rules also failed to produce noticeable results for a number of reasons. One of them is Taliban support from certain structural and qualitative aspects of the system. This can be summed up in a brief description of Islamic extremism and a complete lack of logic.

To succeed in the modern world, nations cannot stand to be independent, intimate, or isolated from global markets. Political scientists often argue that no nation in the modern world can successfully survive for very long without economic cooperation with other nations. , levels of economic development, or human potential (NIDL) should somehow be incorporated into the new global division of labor. Afghanistan also has a very complex topography, an agricultural economy and few mineral resources. The Taliban organization that overthrew the government in Afghanistan, with a population of about 38.9 million and her $20 billion economy, is heavily dependent on imports after years of protracted military fighting there.

With the support of the international community, Afghanistan has improved key social indicators and maintained strong economic development for more than a decade. The country’s economy expanded by an average of 9.4% between 2003 and 2012 as a result of rapid growth in the service sector and agriculture. However, the economy has only expanded by 2.5% annually between 2015 and 2020. figure from the World Bank. The World Bank estimates that Afghanistan’s economy, with a population of about 38.9 million, is worth $20 billion in 2020 dollars at current exchange rates. Afghanistan’s GDP per capita is the lowest in the world ($512.7) and one-third that of Uzbekistan ($1685.8). According to government statistics, agriculture accounts for 30.6% of Afghanistan’s GDP, followed by industry at 12% and services at 53%.

According to the World Bank, “the private sector is very small and employment is concentrated in low-productivity agriculture (44% of the total labor force works in agriculture). About $9.2 billion worth of foreign assets held by the central bank of the country have been blocked, and the humanitarian crisis is deepening as 20 million people, half of the country’s population, now face food shortages. Tens of thousands of highly skilled workers have left the country, representing a substantial outflow of talent, and restrictions have been imposed on women’s employment in both the public and commercial sectors.

In other words, if they continue to do business as usual, Afghanistan’s economy may decline and large segments of the populace may lose their livelihoods. leading to an increase in the threat of terrorism.

Some countries continue to use these raw data to diplomatically support the Taliban without exerting meaningful political pressure to undermine their governments and allow them access to international markets. I have. That is why a conference on Afghanistan was held in Moscow on his February 17th, where the Taliban regime was legitimized without guaranteeing the formation of an inclusive government or change of the political system. So some politicians make strange and political statements. Deputy Chairman of the Federal Council Konstantin Kosachev said: According to the Vice-President of the Federal Council, this is only possible within the current multipolar international order. The Taliban government’s absence from the meeting was significant, and the night before Afghanistan voted in favor of a UN General Assembly resolution critical of Russia’s financial aid to Ukraine. As a result, it can be concluded that Russian diplomacy failed to maintain its influence over the Taliban and to grasp the seriousness of the task of supporting the Taliban government.

In any case, today’s weak and illogical Russia, in a deep state of political, economic and military collapse, does not play a significant role in Afghanistan affairs. The Pakistani military has yet to feel much pressure from major or regional powers against the Taliban and his backers. Pakistan fully supports the hardliners of the Taliban movement, but is unable to fully control it for a variety of reasons. . Central Asian countries are also likely to be affected by the fall of Russia and become even more cautious. Uzbekistan believes the Taliban government’s potential aid vector is accurate. This road seems to continue to some extent. Tajikistan is deeply concerned about the rise of the Taliban, but with no strong backers and forced to cooperate with Russia, its anti-Taliban stance cannot get any worse. A weakened Iran is only interested in ending the sanctions regime and gives little thought to the issue of Afghanistan.

Afghan politics may be characterized as cohesive and highly logical in terms of international relations. But, in my opinion, co-operative diplomatic action is needed to prevent future and inevitable problems such as the radicalization of Afghanistan and the region and the spread of international terrorism. They may include putting political and financial pressure on the Taliban government while simultaneously proposing changes and integrating Afghanistan into the world economy. The Taliban will be unable to do so as time goes on. In addition, diplomatic efforts and pressure must be exerted on the funders of extreme movements. The international community should speak frankly with the Pakistani military and pressure it to use its influence with the Taliban.