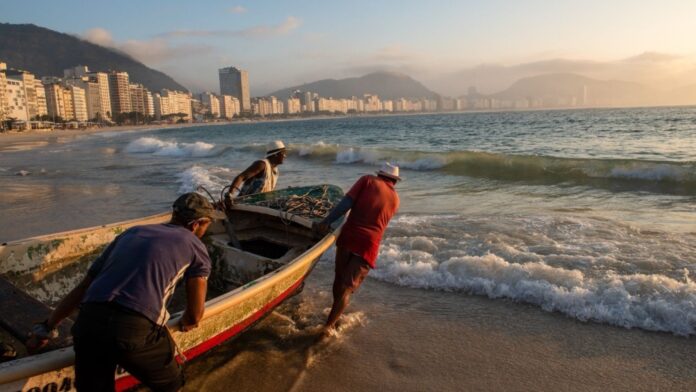 Prominent filmmakers from around the world contribute short films to the anthology project.Interaction]is being held Indian International Film Festivalto go.

An Art For The World Production, the project was founded by 12 international filmmakers to create human-animal connections through biodiversity. climate change, environmental and water risks. This has resulted in original short films that question biodiversity, conservation, deforestation, ecosystems, the environment, health, marine life, species extinction, water, and more.

Participating filmmakers were selected from all over the world including Europe, Middle East, Africa, Asia, Latin America and America. Based not only on their filmography, awards and fame, but also on their sensitivity to earthly themes. Impact of climate change on humans, nature and animals.

“domestication” by Isabella Rossellini Focusing on the origin of livestock, it explains the lack of biodiversity in modern agriculture and the emergence of different breeds. Faouzi Bensaïdi’s Faras examines the long neglect of animal welfare in the entertainment world of cinema, circuses, parks and zoos.

In Clemente Bicocchi’s Crepuscolo, a herd of goats passing by at sunset on a Greek island is the starting point of a fantastical metaphysical journey. Anne de Carbuccia’s “Refugia” reminds audiences of the need to be part of the forces that protect all living things, connecting and interconnecting them on Earth.

Takumã Kuikuro’s “Jungle Fever” chronicles the struggle of the Amazonian Xingu to protect their habitat from fire in order to protect the rainforest’s ecosystem and many rare species. Oskar Metsavaht’s Caiçara looks at the damage caused by destructive fishing methods.

From India, in Nila Madhav Panda’s Elephant in the Room, children from a small village in the forests of Wayanad in Kerala, southern India, resolve human-wildlife conflicts and transform forests into forests. It appeals to humanity on how to protect. biodiversity. There are also movies with Eric Nazarian, Julien Olaizola, Ruben Immers, Bettina Oberli and Janis Rafa.