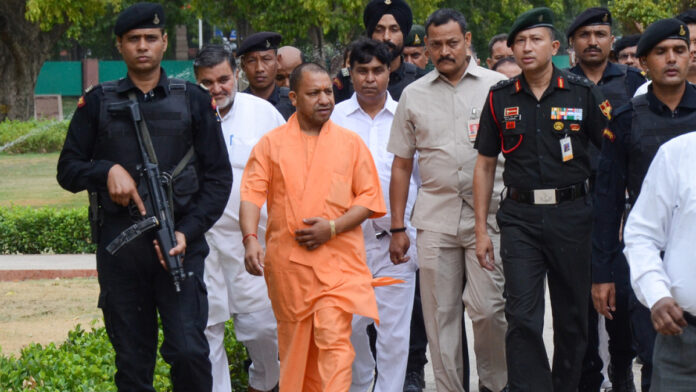 For Uttar Pradesh to reach its $1 trillion economy goal, it is imperative that the state’s political and bureaucratic leaders think outside the box and identify new growth avenues.

There are five roads: green industry, special economic zones, industry 4.0, tourism and urbanization. These go far beyond traditional sources of growth and should be able to contribute to a higher rate of growth for the UP economy over the next 5-7 years. Year.

Moreover, these newly discovered avenues cannot rely solely on UP or India as markets. Instead, UP should also look to foreign markets. Of course, being a landlocked country, becoming a major export platform has its own challenges, but by and large they can be overcome by becoming a low-cost, efficient manufacturing hub for the country.

Green industry and green jobs are the future, and the sooner economies adopt them, the better off they will be for sustainable growth and development in the medium to long term.

Electric vehicles (EVs) and solar panels stand out in that respect. UP should actively try to become India’s number one hub in these two areas.

Similarly, for solar panels, UP should aim to become the leading platform for its production. In India, you can approach Adani Solar, Vikram Solar, Waaree Energies, Tata Power Solar and others. From outside India, SunPower, Zenernet Solar, Sunrun, etc. may be available.

Not only does UP serve the largest state and domestic markets, but it can also be a major export platform for sales to other countries in South Asia, Sub-Saharan Africa and the Middle East. You have to make a compelling argument. East and Latin America. On top of that, the state offers a very attractive investment package, single window clearance, rapid availability of land, labor force, and all other key requirements to set up a manufacturing plant in record time. provide.

In the manufacturing sector, UP needs to rethink its Special Economic Zone (SEZ) strategy. I believe the SEZ will be very important if the UP has to sustain high economic growth over the next few years and decades.

The SEZ can play a major role in making the UP a platform for manufacturing exports, especially labor-intensive manufacturing. This will enable the state to create tens of millions of jobs, attract large amounts of foreign direct investment (FDI) and boost export earnings.

States should consider developing 3-4 large SEZs instead of approving a large number of very small SEZs. Half of India’s approved SEZ projects cover an area of ​​less than 1 sq km compared to China’s 150 sq km SEZ.

UP’s SEZs should offer liberal labor laws and exit policies. Otherwise, it will be less likely to succeed like China’s SEZ. Labor laws are included in the concurrent list of constitutions, so they can be enacted by both federal and state governments. However, the federal government has been unable to mobilize sufficient political will to amend laws such as the Labor Disputes Act, and as such such decisions are left to state governments, with only a handful of state governments Only is trying to make modest changes to the country’s hard labor. law.

An exit policy should be developed so that companies can enter and leave the market freely. Policies should recognize the need and potential benefits of specific safeguards, but barriers that, if poorly designed or poorly enforced, can adversely affect the health of the enterprise. will be

For UP’s SEZ to be successful, it needs to ensure all key aspects of the export environment. For example, exporters should be able to import duty-free intermediate products and capital goods. Should be given a generous tax holiday. Exporters often need to ensure a decent physical infrastructure through the provision of land, power, physical security, transportation to ports, etc.

In the SEZ, UP will have foreign direct investors provide capital and expertise to gain export competitiveness in a wide range of sectors including electronics, apparel, plastic toys, plush toys, ceramics and many other labour-intensive sectors. must be requested to do so. In each sector, combining the foreign investor’s capital and expertise with his large, low-cost UP workforce is key. Foreign investors should bring knowledge of product design, specialized machine tools, capital goods, key intermediate products, and global marketing channels.

A striking example is that global companies in the semiconductor sector are betting on India becoming a chip manufacturing hub. UP should do everything in its power to attract chip manufacturers to build factories in the state. Perhaps he could dedicate the SEZ to chip manufacturing if he could secure a significant amount of exports. Electronic Zones can be assigned to such companies if they are not SEZs. The country should make full use of domestic technology and manufacturing capacity and partner with IIT-Kanpur and others to provide the best conditions for attracting companies.

India’s domestic semiconductor market is a major draw for foreign manufacturers, but UP must compete fiercely with states such as Karnataka, Maharashtra and Tamil Nadu.

Finally, we reiterate our strong belief that SEZs are enclaves that can help attract investment, create jobs and boost exports, but unless some of the concerns above are addressed, the results will be very promising. I feel that the chances of that happening are low.

The Fourth Industrial Revolution (4IR), which covers the emergence of technologies such as machine learning, artificial intelligence, autonomous transportation, and cloud computing, will profoundly change economic history by permanently altering the relationship between humans and machines. I was.

In what some commentators call Industry 4.0, or the Second Machine Age, in the 4IR economy, human-designed digital processes learn through constant, iterative interaction with data from more sources and shared. and acquire the ability to complete. ever.

In doing so, through the vast amount of data it provides, machines gain the ability to interact with fluid and unpredictable situations that have long been reserved for human operators, designers, and managers. increase. This could leave humans responsible for only tasks related to creativity, management, and human interaction, and robots to do the rest.

It might be a worthwhile proposition for the UP government to work with IIT-Kanpur (IIT-K) and IIM-Lucknow (IIM-L) faculty to explore, for example, what it takes for UP to become a major hub. I can’t. In India for big data storage and analysis.

The presence of IIT-K and IIM-L within the state should be viewed as a vast reservoir of skills and talents that state governments should tap into for any initiative where their expertise can be put to good use. In fact, I would suggest starting an internship program with the UP government. This will allow the brightest students from these two great institutions to work in as many government sectors as possible and share their ideas. An example would be getting them involved in the One District One Product initiative.

Young, bright minds from outside the government can help come up with creative solutions.

Most of the UP offers great destinations for rural and religious tourism. Selected parts of the rural UP rich in arts, crafts and culture, combined with major religious centers, should be developed to attract domestic and international tourists.

If we work together towards this idea, in terms of developing the right connections to facilitate travel, the right hotels, the cleanliness in and around religious sites and most of all the right marketing, This can be a major source of growth. in the next few years.

A landlocked province, the UP is predominantly rural with an urbanization rate of only 23% and an economy predominantly agricultural. But going forward, the UP will face major challenges in the areas of rural development, urban sustainability, state infrastructure, human capital and population. The UP will add tens of millions of people to urban economies in the years and decades to come.

The state urgently needs to develop more cities. To date, there is a wealth of empirical evidence from around the world that economic growth accelerates as urbanization progresses. In India too, many studies have found urbanization to be a key factor in explaining the high growth in states such as Tamil Nadu, Maharashtra and Karnataka.

Beyond these five broad measures, states can consider the importance of significantly increasing agricultural productivity to reach their trillion-dollar economy goals. Actively promote agriculture-based industries. Laying the groundwork for developing UP as a leading platform for the manufacturing industry. Develop the state as a major center for IT and ITeS companies and broadly develop the service sector. A major and continuing push towards the development of both hard (roads, airports, highways) and soft (primary health care and education) infrastructure and the use of information and communication technologies, including smartphones and platforms, to leapfrog the development process. Widespread use.

For the UP to achieve and sustain high economic growth, it will need an action-packed agenda on all these fronts, with regular monitoring and evaluation to make corrections along the way, if necessary.