Guest Article: Can Asia and the Pacific Get on Track to Net Zero? | SDG Knowledge Hub 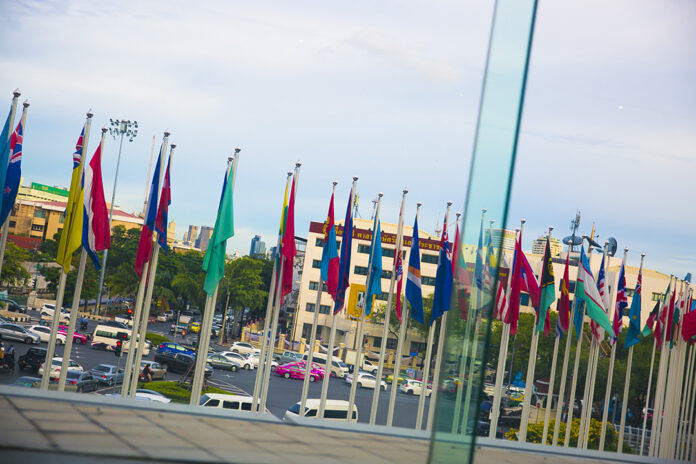 The recent climate negotiations in Egypt have left us with a sobering reality. The window for keeping global warming at her 1.5°C is rapidly closing and what is currently being considered is insufficient to avoid some of the worst potential impacts of climate change. is. The Nationally Determined Contribution (NDC) goals for Asia-Pacific countries are: 16% gain Greenhouse gas (GHG) emissions from 2010 levels to 2030.

The Sharm El Sheikh Implementation Plan and the series of decisions taken at COP 27 reaffirm the actions our nation can take to achieve its net-zero and resilient world. The historic decision to establish a reparations fund is an important step towards climate justice and trust-building between countries.

But they alone are not enough to help us reach a better future without what the UN Secretary-General calls “a giant leap in climate ambition.” Carbon neutrality is at the heart of national development strategies and should be reflected in public and private investment decisions. And it must cascade to sustainable pathways in each sector of the economy.

At the Economic and Social Commission for Asia and the Pacific (ESCAP), we are working with regional and national stakeholders on these transformational pathways. Breaking out of the brown economy is imperative, not only because emissions are rising, but also because the economy is suffering from price volatility and energy insecurity due to its reliance on fossil fuels.

A clear roadmap is the starting point needed for an inclusive and just energy transition. We have worked with countries to develop scenarios for these changes through our country roadmaps. This shows that a different energy future is possible and doable with political will and sincere commitment to action by the public and private sectors.

The switch to renewable energy also requires simultaneous improvements to grid infrastructure, especially cross-border grids.of Regional Roadmap for Grid Connectivity It provides a platform for working with Member States towards an interconnected grid, including through developing the regulatory frameworks needed to integrate power systems and mobilize investment in grid infrastructure. The future of energy security will depend on our ability to develop green grids and trade renewable-generated electricity across borders.

The transition to net-zero carbon will not be complete without greening the transport sector. In the Asia-Pacific region, transport is primarily powered by fossil fuels, resulting in 24% of total carbon emissions By 2018.

Improving energy efficiency and using more electric vehicles are the most effective means of reducing carbon emissions by 100% 60% in 2050 compared to 2005 levels.of Regional Action Plan for Sustainable Transport Development We can work with countries to implement and collaborate on low-carbon transport priorities, including electric mobility. Cooperation with the Framework Agreement on Facilitation of Paperless Cross-Border Trade is also helping to facilitate commercial efficiencies and climate responsiveness, key elements of the transition in the energy and transport sectors.

Adapting to a riskier future

Even with mitigation measures in place, the economy and people are not safe without a holistic risk management system. And it needs to prevent communities from being caught off guard by a cascade of climate disasters.

We are working with our partners to better understand these cascading risks and help develop strategies to prepare for this new reality, including the implementation of the ASEAN Regional Action Plan for Drought Adaptation.

Make funds available where it matters most

Finance and investment are uniquely positioned to drive the necessary transition. Over the past five years, the theme of the region his bond has grown tenfold. Private finance is gradually meeting the needs of climate change. The new reparations fund and its operations bring new hope to funding the most vulnerable. But climate change financing is not happening at the speed and scale needed. Developing countries should be able to access it when they need it.

From debt and climate change swaps to SDG bonds, innovative financing instruments need to be developed and scaled up. Pacific and CambodiaMomentum in the business sector must continue.Asia Pacific Green Deal for Business An important development by the ESCAP Sustainable Business Network (ESBN). We are also working with the UN High-Level Climate Champions to bring climate-friendly investment opportunities closer to private financial institutions.

Climate action in the Asia-Pacific region is critical to global success and well-being. The past two years have been a reminder that conflict on one continent is causing hunger on another, and emissions from somewhere are raising sea levels everywhere. Our prosperity has never been more dependent on collective action and cooperation.

Our country is watching. Member States at the 7th session of the Commission on Environment and Development on 29 November will seek consensus on regional cooperation and priorities for addressing climate change, including oceans, ecosystems and air pollution. increase. We hope that the momentum that began at COP 27 and the Commission will continue at the Commission’s 79th session, with a focus on accelerators for climate action.

In this era of heightened risks and shared prosperity, regional and multilateral solidarity and genuine ambition are aligned with the new climate realities unfolding around us, along with bold climate action. , is the only way to ensure a coexistent future for the countries of Asia and the Pacific. can prosper.

Armida Salsiah Alisjahbana is Under-Secretary-General of the United Nations and Executive Director of the Economic and Social Commission for Asia and the Pacific (ESCAP).