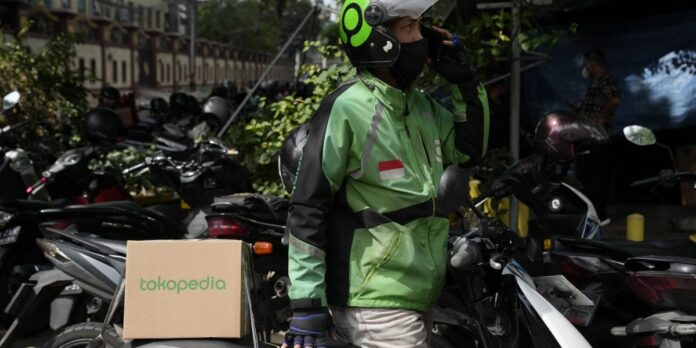 GoTo Group is an Indonesian e-commerce giant, A choppy IPO market To debut It plans to list on the Indonesian stock exchange earlier this year and wait to see what happens before launching a second listing overseas.

“Given market conditions and volatility, I think we are waiting for a more stable and supportive market before considering a secondary listing off the market. [Indonesia Stock Exchange]At the Spark Founders Summit hosted by Huawei Technologies in Bangkok, Thailand on Tuesday, Patrick Cao, group president of GoTo, said:

GoTo went public on the Jakarta stock market on April 11, raising $1.1 billion. The stock rose more than 13% in his first day, equating the company’s market capitalization to about $30 billion.Company Distant Thousands of shares were sold to 600,000 drivers prior to the opening of the deal. In its prospectus, the Indonesian startup said: Secondary listing by the end of 2023 on foreign stock markets, the New York Stock Exchange, NasdaqHong Kong Stock Exchange, etc.

GoTo’s stock has struggled since its debut, down about 30.3% since April. Still, the company has dealt with the technology rout better than its two main Southeast Asian rivals.

Stake in Singapore-based ride-hailing company Grab, which raised $4.5 billion in December debut The company is valued at $37 billion, and the NASDAQ stock has fallen 62.6% since early 2022. A stake in SEA, a Singapore-based digital entertainment company with expansion into e-commerce and digital payments, trades on the New York Stock Exchange. It plunged 75.4% over the same period. With a current market capitalization of around $25 billion, SEA continues to be Southeast Asia’s most valuable company. By comparison, GoTo is about $20 billion and Grab is his $10 billion.

GoTo is a product of May 2021 merger They are GoJek, a ride-hailing company, and Tokopedia, an e-commerce platform. Cao, who was president of Tokopedia before the merger, became president of the newly formed GoTo, and GoJek founder Andre Soelistyo became his CEO.

‘The economy is booming’

Cao pointed to Indonesia’s strength as a market for GoTo’s resilience amid global economic uncertainty. “Not only are commodity prices doing well, but the move by the government to go more downstream to support more high-tech sectors like batteries has really created a lot of value,” Cao said. increase.

GoTo’s president also pointed out the strength of the Indonesian stock market. The Jakarta Composite Index is up 7.8% for the year, making him one of the few Asians, if not globally.—The stock market in 2022 is in positive territory.

With a population of 274 million, Indonesia accounts for almost half of Southeast Asia’s population and produces nearly 60% of the region’s GDP. GoTo relies on Indonesia for more than 95% of his revenue.

Cao said there are still gaps in the country’s economy that GoTo can fill, especially in financial services. We estimate that only about 6% of people have a credit card. “We have a lot of work to do,” said Cao Cao.

More broadly, Southeast Asia has high smartphone usage but low e-commerce and digital finance penetration, making it a good market for those looking to start a startup, Cao argued.

“There are so many opportunities,” he said.