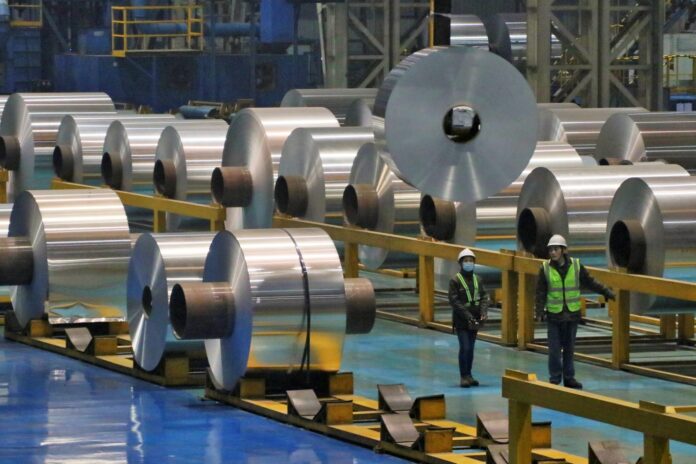 In 2018, the US blacklisted Russian aluminum giant Rusal, twisting an influential oligarch. The global impact was immediate due to Rusal’s centrality in the global alumina, bauxite and aluminum network.

Sanctions also extended to operations in faraway Guinea and Jamaica. Irish ministers have met with the European Commission to save jobs at the Limerick refinery. European automakers that depended on Rusal for hard-to-replace aluminum parts eventually successfully lobbied for the sanctions to be lifted within a year.

Following the invasion of Ukraine, the White House is once again considering new Rusal sanctions and broader restrictions on Russian aluminum.

Rusal’s story offers some lessons about economic resilience and highlights the difficulties of so-called ‘onshoring’ and ‘friendshoring’.

Trade securitization is not going away anytime soon.

The onshoring or friendshoring policy is an established feature of US trade policy. But in an age of great power competition, restrictive trade policies alone are not enough to help countries achieve their economic and security goals.

The idea that onshoring or domestic production makes the supply chain more robust is false. International supply and production networks allow companies to adapt to shocks at specific locations. When COVID-19 first hit, Samsung was able to quickly switch production from its hard-hit factories in South Korea to Vietnam, which was relatively unaffected. After the 2011 Great East Japan Earthquake, Japanese automakers diversified their parts suppliers from domestic to overseas.

“Onshore” supply chains are rarely as onshore as they appear. Domestically manufactured products usually contain inputs from abroad. Internationally traded goods and services may contain information that governments have security interests in protecting, such as sensitive data and technical know-how. These may include radar systems, cryptographic software, and even social media apps. The goal is to get the right level of security for the least amount of cost, and understand the point at which those costs are no longer worth bearing.

When protecting sensitive research, investing in contract oversight and enforcement is often more cost-effective than visa restrictions that deter talent. Such restrictions are self-defeating if the target can find an alternative product or information elsewhere. If you have a big gap in your fence, it’s not worth spending billions to upgrade your gate.

At face value, friendshoring, or facilitating trade with politically aligned countries, seems like an economically conscious alternative to onshoring. Deepening and expanding trade ties, including through trade agreements and trade diplomacy, is a pervasive economic and strategic priority. When it comes to critical technologies, there is ample scope for cooperation between appropriate groups of countries to support innovation and reduce trade costs.

But if friendshoring just cuts China off in another name rather than more sensible international cooperation, the economic impact could be high and destabilizing. China’s global value chain-related output (at least in her two border-crossing countries) is among the highest in the world. China is also the world’s largest exporter of intermediate inputs, especially in the electronics sector.

Another drawback of friend shoring is that it encourages nationalistic security policies that undermine the strategic benefits of openness. These advantages include export income from R&D investments, an influx of top talent, and the ability to find synergies with foreign companies.

“Friends” in the Friend Shore initiative have their own risks. Among other things, the global economic impact of splitting the supply network into blocks includes higher prices. South Korea’s reported reluctance to Washington’s ‘Chip 4’ initiative highlights other concerns, including asymmetric profits for foreign producers and increased concentration in key industries. .

The world is bigger than China, the United States, and the US allies. Nonaligned partners seek evidence that economic and security cooperation is mutually beneficial and comprehensive, addressing rather than exacerbating geopolitical tensions.

As Singapore’s Prime Minister Lee Hsien Loong recently said, reshoring and friendshoring “close the door to regional growth and cooperation, deepen divisions between nations, and create an environment that we all hope to avoid.” It can lead to conflict itself.”

Multilateral trade provides insurance against domestic and bilateral risks. Before imposing sanctions in 2020, China accounted for 76% and 70% of Australia’s barley and cotton exports, respectively. Sanctions brought those market shares to near zero, but in the months that followed, Australia’s exports of two of her crops actually increased. The ability to redistribute trade very quickly relied on producers’ agility and access to deep global markets.

Policymakers may instinctively look to trade policy for supply chain resilience when other policies may be more important. These include processing data better. For goods critical to national defense and basic social needs, that can mean real-time monitoring of supply networks, a combination of private and public data sets, and regular stress testing. But these resources are of little value unless financial institutions use them wisely and understand the role of government in managing risk.

Governments also have the tools to cushion economic shocks unexpectedly. An automatic stabilizer in the tax and transfer system will ease economic stress without the need for new legislation. Reducing trade costs through agreements, customs reforms, infrastructure investment, etc. will make the adjustment less painful as it will be cheaper to find new markets.

We are in “uncharted territory,” as former US government official Kevin Wolf put it when looking back at the semiconductor regulations announced in October. “You can’t just do export controls to a healthy economy,” he said, all over the world “given the fungibility of technology and the ability of smart people.” Even in uncharted territory, knowing your destination is helpful.

Samuel Hardwick is a Research Scholar and Adam Triggs is a Visiting Fellow at the Crawford School of Public Policy.