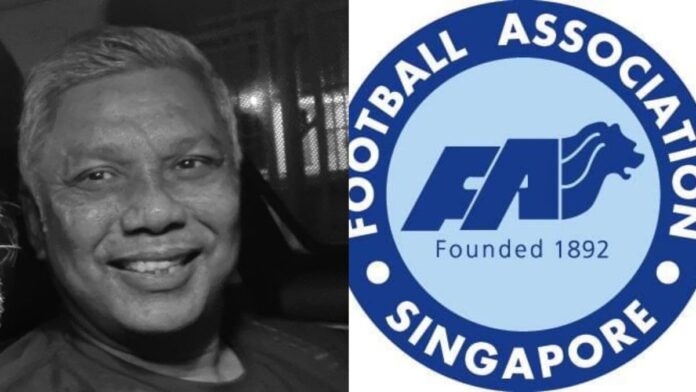 Singapore: The Council of the Football Association of Singapore (FAS) lifted the lifetime ban on former Singapore striker K Kannan and former FIFA referee Thiru Rajamanickam after considering an appeal in 2021.

In a media statement on Friday (March 18), FAS President Lim Kia Tong said the decision was made after the council. “There was extensive discussion of the issues and key factors surrounding both cases.”

Former Singapore national team Kannan was convicted of bribing a Singaporean player for S $ 80,000 in a conspiracy against the other two in the FAM Premier League match against Perlis on May 13, 1994. , Was banned from soccer activities in 1995.

Former FIFA referee Raja Manikam was sentenced to eight months in prison and fined $ 1,000 for receiving a $ 1,000 bribe from a soccer bookmaker. He was to arrange for the appointed Malaysian referee to be tolerant of the Singapore team in the match against Kelantan on April 5, 1994.

He was handed a lifetime ban from all football activities and was unregistered from the FAS referee list in 1994.

The ban on two men was lifted on March 15.

Lim said the decision did not represent a “softening” of FAS football corruption.

The FAS stated that the council “strictly adhered to” the standards and requirements of the FAS Constitution, including the nature and extent of violations, the penalties imposed by the courts, and the character and contributions of both men.

The council also notes that in both cases the two men had already been suspended for more than 26 years, in addition to the judgments imposed by their respective courts, including the sentence they served. did.

“Since then, both individuals have kept good records,” FAS said.

“Kannan and Raja Manikam also need to carry out programs and activities directly or virtually or through publications to support the promotion and involvement of anti-corruption within six months of the lifting of the ban. “

In a statement on Friday, Mr. Kannan thanked Eugene Turisingham LLP’s lawyer and former opposition member Jose Raymond for helping with the appeal.

“I am always grateful for everyone’s support, even in the darkest hours.

“Soccer has always been my life and I do whatever I can to contribute to society in a meaningful way,” he said.

“Corruption is not in soccer”

Mr Lim said the FAS remains in a “steady” position that corruption does not exist in football and is unacceptable in any way.

“Players and officials convicted of such violations can be expected to be addressed within the full scope of the FAS Constitution,” he said.

Lim has rejected several appeals for match-fixing and football corruption “showing a strong position that FAS has taken, taken, and will continue” to lift the ban on match-fixing and Raja Manikam. Added.

“Football has gained a lot of support in Singapore and attracts fans from all levels of society, so for the public good, we need to maintain the integrity of the game,” he added. rice field.

Last year, Mr. Kannan Reminder of his lifetime ban From football after receiving a complaint and finding out that he was “involved in football management and football activities” at the Singapore Indian Association.