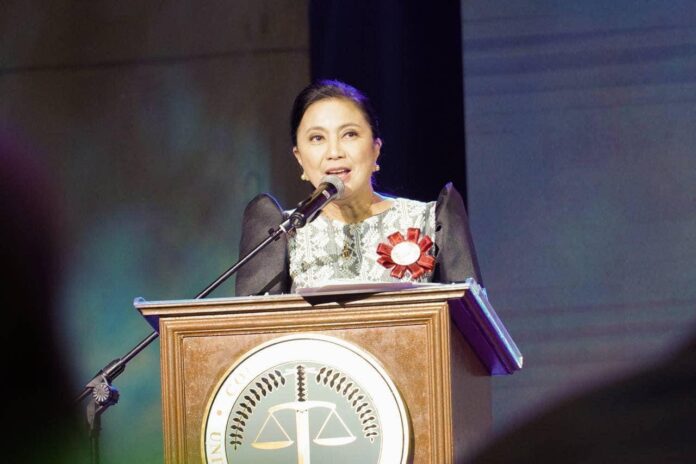 Former Vice President Reni Robredo returned to the Philippines over the weekend after months of speaking in the United States and Europe.

The former official posted about his return on Facebook on Sunday, Nov. 26.

“Glad to be home,” she wrote, adding, “This is going to be a very busy week for me.”

Robredo has been in Boston, Massachusetts since October after being named one of the Hauser Leaders of the Public Leadership Center at the Harvard Kennedy School.

On Facebook, she shared about her 30-hour flight from Boston to Manila, including an eight-hour layover, just in time to attend the University of the Philippines (UP) Law Reunion.

Robredo was not a UP Law School alumnus, but said he was “honored to be invited to be the keynote speaker at the event.”

“It’s always a pleasure to be with the community. Congratulations to this year’s Golden and Silver Jubilarians, Batch ’72 and Batch ’97,” she said.

Robredo received a degree in economics from UP Diliman in 1986 and a law degree from the University of Nueva Caceres in Naga City in 1992.

A gathering of the UP College of Law Grand Alumni Association was held Saturday night at the UP Bahay ng Alumni, according to former Comelec Commissioner Rowena Guanzon’s Facebook post.

In fact, Robredo could barely make it on the trip because he lost his passport on Monday night and had to return to New York on Tuesday to find it, where his youngest daughter, Gillian, is staying.

“My persistence paid off in the last hour. Thanks to three unexpected guardian angels for helping me find it,” she wrote.

In addition to being a Hauser leader, Robredo was also one of the speakers at the Obama Foundation’s Democracy Forum, where he spoke about the disinformation situation in the Philippines.

She was also in Switzerland for a lecture with the Asian Society at the Asian National Congress in Zurich.

After losing the 2022 presidential election and launching the Angat Buhay NGO, the former vice president has been overwhelmed with invitations from various international organizations and academia.