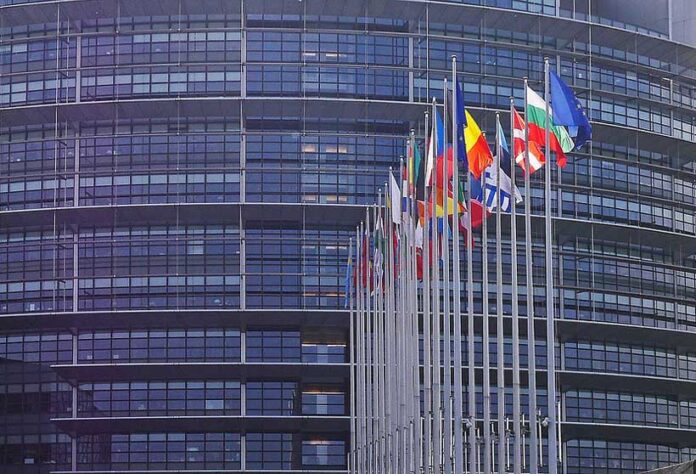 Relations between the European Union and Russia have taken another complicated turn, this time declaring Russia a state sponsor of terrorism. The significance and implications for the European Parliament to classify and finally vote in favor of a resolution calling for military strikes on Ukrainian civilian targets such as energy infrastructure, hospitals, schools and shelters, and calling Russia a state sponsor of terrorism. What is it? Why should the European Parliament give Russia this status and take this decisive legislative action?

At its plenary session in Strasbourg on November 23, the European Parliament declared Russia a “state sponsor of terrorism” worldwide. The resolution was passed with 494 votes, with 58 MPs voting against and 44 abstaining. This document brings many accusations against Russia. The bloc has already imposed an unprecedented series of sanctions against Russia over a special military operation in Ukraine that began on February 24. European lawmakers have criticized Russia in a largely symbolic move. voted for this measure.

The Yermak-McFaul Sanctions Group, in a special project Independent newspaper Ukrainian Pravdaidentified six major consequences of the possibility of the United States designating the Russian Federation as a State Sponsor of Terrorism:

1. Symbolic: Recognition of Russia as one of the major global perpetrators of atrocities and terrorism perpetrated against civilians.

2. Diplomacy: A reduction in formal relations and joint programs between the United States and Russia as Russia’s diplomatic isolation increases.

4. Secondary sanctions against entities related, such as through transactions with Russia and its institutions. This means that the United States and its allies can impose sanctions (usually financial or trade) on any country that continues to cooperate with the Russian Federation, encouraging other countries to avoid such cooperation.

6. Repeal Russia’s sovereign immunity to enable direct judicial, administrative and other action against Russia, thereby enabling the possibility of trying Russia in the courts of other countries. Courts in one country generally cannot issue judgments against another country. However, state sponsors of terrorism designations make exceptions to sovereign immunity in U.S. courts.

There were multiple media reports.As pointed out by the BBC, there have been other attempts to designate Russia as a “terrorist” state. In the spring of 2018, Robert Menendez, a Democrat on the US Senate Foreign Relations Committee, called for this action against Moscow after an assassination attempt by Russian special services against Britain’s Sergei Skripal and his daughter.2019 In December 2012, the committee endorsed a bill introduced by Republican Senator Corey Gardner to recognize Russia as a state sponsor of terrorism.

Despite these calls, Russia is not yet included in this list. But the barbaric and brutal all-out war the Kremlin is waging against Ukraine has repeatedly strengthened both Kyiv’s demands and the rationale for this measure.

On May 12, 2022, Republican Joe Wilson and Democrat Ted Lieu, members of the House Foreign Relations Committee, introduced a bipartisan resolution proposing to recognize the Russian Federation as a state sponsor of terrorism.

“By designating Russia a state sponsor of terrorism, the United States would be able to ban dual-use exports to Russia and take economic action against other countries that do business with Russia,” Republicans said. Liu argued in a joint statement with lawmakers. colleague.

“Furthermore, the United States may inflict further pain on Russia by freezing national assets within the United States, such as real estate. We know we are hiring mercenaries with a history of human rights violations. Designating a state sponsor of terrorism is a common-sense way to further support Ukraine.”

They also recalled, in addition to war crimes in Ukraine, “the massacres that have resulted in the deaths of thousands of Ukrainian civilians and soldiers”:

“However, Russia’s involvement in international terrorism is more extensive, and over the years, whether through direct attacks or through organization by private military networks and hired thugs, there has been enough “Their reign of terror must stop,” they pleaded.

In a recent article, News magazine Foreign Policy I analyzed why the hypothetical decision to recognize Russia as a supporter of terrorism aroused skepticism.

“U.S. officials and experts familiar with the matter described discussions within the National Security Council and the State Department on the merits of the move, with some officials saying: [state sponsor of terrorism] Given that Russia is already facing one of the toughest sanctions regimes in the world, the designation would send a strong signal of support to Kyiv and others.

Meanwhile, other experts argue that recognizing Russia as a state sponsor of terrorism would have a significant reputational impact. The move would increase pressure on the Kremlin and make relations with Russia virtually impossible for US citizens, Politico wrote.according to Atlantic Council sanctions expert Edward Fishman“The labeling of Russia as a state sponsor of terrorism is important because it is a comprehensive measure… [It] It poses a risk to our relationship with Russia.”

He also added that a parliamentary order granting the Russian Federation such status would make any secondary sanctions against Russia “much more effective.”

In addition to the above, Columnist for the Swiss daily Neue Zurcher Zeitung “Emotionally, the decision is understandable, but it has no legal consequences. Moreover, it makes no sense politically,” believes columnist Danielle Steinvorth. In his opinion, the adopted resolution “looks strong” but is in fact “only verbal”.

The authors draw attention to the fact that parliamentary decisions are “non-binding” on either the European Commission or the countries of the European Union. European deputies’ demands to reduce official contact with Russia to an “absolute minimum”, given the expulsion of Russian diplomats from EU countries after the launch of a special military operation in Ukraine. , “was filled long ago,” the columnist acknowledged.

Steinvorth recalls that the US, unlike the EU, does not consider Russia a state sponsor of terrorism. Because we are fully aware that “at some point, the West will inevitably have to sit back at the negotiating table with Russia.” cannot negotiate with Strasbourg “doesn’t want to wait for this moment, instead rushing to label it,” laments the observer.

On the other hand, a widely circulated Russian daily newspaper this week sought to provide analysis behind the European Parliament’s move to label Russia a “state sponsor of terrorism” for its actions in Ukraine, and a large number of Interviewed for opinions from political experts. For example, Izvestia

“This decision cannot have legal consequences as the European Parliament does not have the appropriate powers. However, it has political implications and the resolution could legally advance the issue,” it said. Alexander Tevdoy-​Burmuli, associate professor of integrated processes at MGIMO, told Izvestia. Experts said the EU could later take a decision making it easier for third countries to be recognized as “state sponsors of terrorism”.

Nikolay Topornin, director of the European Information Center and associate professor at MGIMO, doubts that the EU will soon be able to adjust the legislation for this. “This resolution will rather attract the attention of Africa, Asia, the Middle East and other regions,” he told Izvestia. And Tebudoy Brumli did not rule out that the European Union could use the resolution to try to strip Russia of its voice in the UN Security Council. document.

Moreover, the resolution did not come as a surprise to Moscow. According to Vladimir Zhbarov, First Vice-Chairman of the Federal Council’s Committee on Foreign Affairs, the European Parliament no longer plays a decisive role and all it does these days is fomenting animosity between nations. The senators have now proposed that Russia approve a document recognizing all NATO members as “terrorist sponsors” of the massacres of civilians in Yugoslavia, Libya, Iraq and Afghanistan.

At its plenary session in Strasbourg on November 23, the European Parliament declared Russia a “state sponsor of terrorism” worldwide. The resolution was passed with 494 votes, with 58 MPs voting against and 44 abstaining. This document brings many accusations against Russia. The European Parliament has also called on the European Union Council to expand the list of those subject to sanctions, calling on “all her EU candidate and potential candidate states” to agree to the EU’s sanctions policy. I was.

The European Parliament “requests the European Commission to submit legislative proposals to amend the current EU global human rights sanctions regime. […] Expand its scope to include corrupt practices and rapidly adopt targeted sanctions against individuals responsible for high levels of corruption in Russia and Belarus, as well as EU-based enablers and beneficiaries. by,” said the resolution.

It “requests the Commission and Member States to consider possible measures against countries seeking to help Russia evade the sanctions imposed on it. We urge each country to ensure that its penalties are effective, proportionate and dissuasive.”

“Members of the European Parliament gave the Member States the idea of ​​developing a European Union legal framework ‘for the designation of States that sponsor and use means of on this blacklist and there is a question of what states they mean.The absurdity of this idea is clear to everyone except the members of the European Parliament who supported it, ”the mission said on the Telegram channel. I am writing to

According to the mission, “the task set by the European Parliament is simple – to escalate the confrontation with Russia by all possible means.” Brussels has a framework definition of terrorism and a list of terrorist organizations, and the resolution has no judicial impact on Russia. Although the resolutions are not legally binding and are recommended, they are widely used in the EU media and political environment to promote and disseminate specific political positions.

In addition, European lawmakers have recommended an “immediate and complete embargo on EU imports of Russian fossil fuels and uranium and the complete abandonment of the Nord Stream 1 and 2 pipelines.”