Comparison of the US and Chinese economy 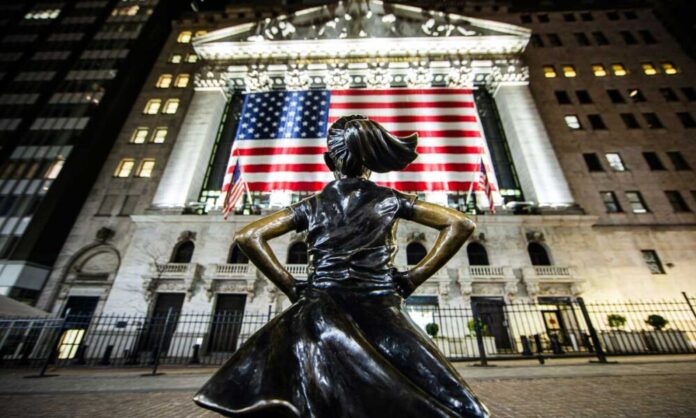 Today, the global economy is under test. The list of challenges includes a special military operation in Ukraine, massive anti-Russian sanctions, a deepening food crisis, disruptions to the global supply chain, and rising global inflation. Change has not spared Kazakhstan. Kazakhstan was forced to seek its place in the new and ever-changing conditions of the global economy. To understand how deeply Kazakhstan is integrated into the global economy, it is worth looking at Kazakhstan’s foreign trade in 2021. Meanwhile, data show that Kazakhstan’s foreign trade spreads across her three main regions: Europe (31%), Asia (32.6%) and CIS (32.7%). On the other hand, when analyzing the structure of imports and exports, the situation is very different. Almost 80% of the goods are exported from Kazakhstan to countries outside the former Soviet Union, namely Europe and Asia. At the same time, about 50% of imports come from former Soviet countries (mainly Russia). Another 20% of imports I come from China. In fact, Kazakhstan sells minerals on the world market and uses the currency it earns to buy consumer goods, electronics, machinery, equipment, food and building materials from neighboring countries. In other words, such an import contains everything necessary for life. This model appeared more than 20 years before him and became the basis for the “Kazakh economic miracle”, turning the country into the second post-Soviet economy. In this model, the engine of economic growth is the export of minerals and services, redistributing imports and financial flows, and creating large amounts of employment in the formal and informal sectors of the economy.

Over the past decade, Russia’s share of Kazakhstan’s foreign trade has steadily increased, while the EU’s share has declined. In 2011, Russia and the EU accounted for 18.4% and her 40.8% respectively. By 2021, Russia’s share has risen to her 24.2%, while the same indicator in the EU has shrunk to her 29.6%. Today, Russia has emerged as an important trading partner of Kazakhstan. Thus, she accounts for more than 40% of Kazakhstan’s imports. In 2021, more than 70% of wood and forest products, pulp and paper products, metals and products made from them, more than half of building materials and food products, more than 40% of chemical products, and a quarter of machinery and equipment will be imported into Kazakhstan. vehicle came from russia.

Under these circumstances, Kazakhstan’s main concern is to maintain and diversify its exports as much as possible, as well as to ensure sustainable imports of food and major consumer goods.

Kazakhstan is one of the five largest oil suppliers to Europe. At the same time, Kazakhstan’s oil is mainly shipped to southern European countries – Italy, Greece and Spain. Kazakhstan’s exports to Europe rose to her $18.8 billion in the first half of 2022 against the backdrop of Russia’s special military operations in Ukraine. compared It was just $11.6 billion year over year.

Kazakh oil is also transported through the Transneft pipeline system, mixed with Russian oil and loaded onto tankers at the Baltic ports of Novorossiysk and Ustiruga. According to the Central Distribution Center of the Fuel and Energy Complex of the Russian Ministry of Energy, the amount of Kazakhstani oil shipped in Novorossiysk in 2021 was 7.1 million tons and Ust-Luga 5.9 million tons, respectively.

Another export route for Kazakh oil is the port of Aktau (which has a design capacity of 11.6 million tonnes per annum, but the actual export volume is much less), which is delivered by tanker to Baku, followed by the Baku-Tbilisi-Ceyhan pipeline. to send raw materials through Delivery to Turkey and to the purchasing customer by tanker. Kazakhstan also supplies oil to China. It can be transported through the Atasu-Alashankou major oil pipeline with a capacity of 20 million tons per year. According to KazMunayGas, if Russia supplies oil to Kazakhstan’s Pavlodar refinery, and the Kazakhstani side sends the same amount of oil to China, in 2021 he will have a supply of 12 million tons, of which 10 million tons are equivalent. transported in the circuit. .

Kazakhstan is looking to find alternative routes for its oil exports through Azerbaijan and Russia in 2022 amid numerous CPC disruptions. On July 7, 2022, a conference on the development of the country’s transport and transport capacity was held under the chairmanship of the President of Kazakhstan Tokayev. The meeting was attended by government leaders, heads of relevant ministries and state enterprises. President Tokayev said a series of measures must be taken to ensure safe and uninterrupted exports of Kazakhstani products. At the same time, the country’s leader said oil supply diversification was the most important challenge. In addition, priority is given to the Trans-Caspian route. KazMunayGas was instructed to consider the best options for its implementation, including possible investor involvement in the Tengiz project. Meanwhile, the Kazakhstan government, working with Kazakh investor his Samruk-Kazyna, is tasked with increasing the capacity of the Atyrau–Kenkiyak and Kenkiyak–Kumkol oil pipelines to expand supplies in the eastward direction. I was doing it.

On August 24, 2022, Qasim Jomart Tokayev traveled to Azerbaijan to meet with President Ilham Aliyev. The meeting comes against the backdrop of negotiations with the Kazakh state oil company Kazmnaigas and the trade arm of the Azerbaijan state company SOCAR on the sale of an additional 1.5 million tonnes of Kazakhstan oil through a pipeline from Baku to Ceyhan, a Turkish port. rice field. Through the pipeline he will send 3.5 million tons to Supsa (a port in Georgia). The agreement is expected to be signed soon.

It is clear that the limited capacity of the existing infrastructure will not allow significant increases in oil transport in other directions in the short term. Transporting such amounts of oil will require rebuilding the infrastructure of the ports of Aktau and Kryuk, which adjoins the Caspian Sea. Nevertheless, a strategic decision was made to gradually reduce shipments by CPC and use infrastructure in other ways to increase oil exports. In addition, it became clear that there is a need to increase the potential for non-commodity exports that can at least partially compensate for the losses due to the unstable operation of the consortium.

On the other hand, the threat to stable economic growth lies in severe restrictions imposed by international sanctions on Russia, Kazakhstan’s most important import source, and reciprocal restrictions on the part of Russia.

Military operations in Ukraine and anti-Russian sanctions imposed since the beginning of the year have disrupted supply chains and exacerbated the global food crisis. Food prices are soaring worldwide. Climate change is also a threat to food security, with heat waves and prolonged droughts in Europe and China and floods in Pakistan.

The external environment has a rather serious impact on Kazakhstan’s economy. Alongside export difficulties, the country has trouble purchasing basic commodities, mainly food. One of the main problems is the global food crisis, followed by rising prices and shortages of commodities worldwide. This summer, some shortages, such as sugar, were conspicuous. Export restrictions on sugar, wheat, flour, sunflowers, and large and small cattle in the spring and summer of 2022 will only have a short-term effect. A systematic solution to Kazakhstan’s food security requires comprehensive development of the country’s agro-industrial complex and its productivity. However, Kazakhstan’s reliance on seeds and mineral fertilizer supplies from Russia for 80% of its total imports hinders the transformation of Kazakhstan’s agriculture.

After Russia temporarily banned crop exports from 15 March 2022, seeding campaigns in Kazakhstan were jeopardized as Kazakhstan’s farmers needed seeds for breed renewal and cultivating. rice field. After the issue was raised at the level of the Deputy Prime Minister in early April 2022, Russia lifted a temporary ban on the export of wheat, rye, barley and maize seeds to his EAEU countries.

The fact that Russia imposed quotas on mineral fertilizer exports and then suspended exports in the first half of 2022 due to logistical problems has also had a negative impact on Kazakhstan’s agriculture. At an expanded government meeting, President Qasim Jomart Tokayev noted the heavy dependence on imported mineral fertilizers and the need for the country to be involved in the production of phosphate and potash fertilizers. This will reduce imports from abroad, mainly from Russia.

A key economic contradiction between Russia and Kazakhstan is that Moscow wants to use the EAEU in general and Kazakhstan in particular to expand parallel imports and financial transactions amid international sanctions. At the same time, Nur-Sultan is uninterested in expanding re-exports of sanctioned goods and equipment to Russia for fear of secondary sanctions. It is more important for the country to maintain the existing volume of purchases of Russian goods and food products and to establish stable supply routes of minerals to the world market.

In the immediate and near-term, Kazakhstan has several challenges to tackle simultaneously. Firstly, the instability of the Caspian pipeline consortium as an important export route, the technical disruptions in its operation, the real problems of safe navigation in the Black Sea, and the Turkish side tariffs for transiting the Bosphorus. There are planned increases. The Dardanelles and the Dardanelles will begin on October 7, 2022. Second, the restrictions imposed by Russia and other countries on exports of grains, mineral fertilizers, fuels and some commodities will continue to push prices up. Thirdly, the question of payment for imports from Russia cannot be ruled out. Finally, the country hopes to make significant investments to see the rebuilding and expansion of its transportation and logistics infrastructure necessary to diversify its exports and increase transportation facilities. All this happens against the backdrop of a political transition that should end with the early elections of Kazakhstan’s president in autumn 2022 and the country’s parliament (Majilis) in mid-2023. With the events of January 2022 still lingering on people’s minds, and economic growth and declining standards of living deeply felt, the chances of successfully implementing the plans outlined are highly questionable.

from our partners Riak