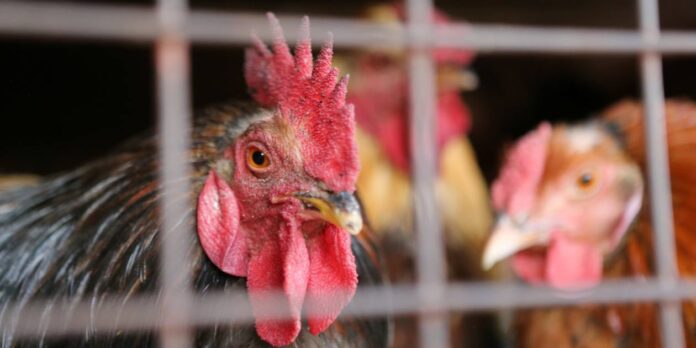 CHICAGO (Reuters) – Bird flu wiped out 50.54 million birds in the United States this year, making it the deadliest epidemic in history, according to U.S. Department of Agriculture data.

The deaths of chickens, turkeys and other birds represent the worst US animal health disaster to date, surpassing the previous record of 50.5 million dead in the 2015 bird flu epidemic.

Birds often die after infection. A flock of over 1 million chickens on a laying farm will be culled to limit the spread of the disease if one chicken tests positive.

Losses in poultry flocks push egg and turkey meat prices to record highs, exacerbating economic pain for consumers facing blistering inflation, with more Thanksgiving celebrations on Thursday in the U.S. Europe and the UK have also been hit by the worst of the bird flu crisis, with some UK supermarkets rationing customers’ egg purchases after the outbreak disrupted supplies.

The outbreak in the United States, which began in February, affected poultry and non-poultry flocks in 46 states, according to USDA data. Wild birds such as ducks can transmit a virus known as highly pathogenic avian influenza (HPAI) through direct contact with feces, feathers, or poultry.

“Wild birds continue to spread HPAI across the country as they migrate, so preventing contact between flocks and wild birds is a good way to protect U.S. poultry,” said Rosemary Sifford, chief veterinary officer of the U.S. Department of Agriculture. It is important to do so,” he said.

Farmers struggled to keep disease and wild birds out of their barns after tightening security and cleaning measures after the 2015 outbreak. The USDA told Reuters that about 30% of cases came from wild birds in 2015, compared with 85% this year.

Government officials are studying infections, especially on turkey farms, in hopes of developing new recommendations to prevent infections. Farms in Turkey account for more than 70% of the commercial poultry farms infected by the outbreak, according to the USDA.

The U.S. Centers for Disease Control and Prevention said contact with unprotected birds that appear sick or dead should be avoided, but the risk the epidemic poses to the general public is low.