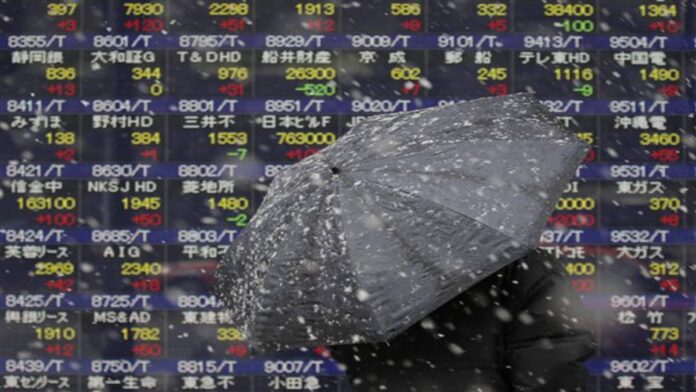 The global economy may be facing a situation seen during the Asian financial crisis of 1997: aggressive US rate hikes and a stronger US dollar.

But while history is unlikely to repeat itself, analysts said, they warn that some economies in the region are particularly vulnerable to currency devaluations reminiscent of those days.

On Wednesday, the US Federal Reserve made another rate hike of 75 basis points.

The last time the US raised interest rates so aggressively in the 1990s, capital fled to the US from emerging Asia. Asian currencies including the Thai baht crashed, causing the Asian financial crisis and leading to a crash in the stock market.

But this time around, analysts say the Asian emerging markets have a healthier foundation to withstand foreign exchange rate pressures.

“I think this brings back memories of the Asian financial crisis, one of which is that exchange rate regimes are much more flexible in today’s context than they were then,” he said.

“And just in terms of foreign ownership of local assets, I think there is also a sense that ownership is not high.”

“So I don’t think we are on the brink of a complete currency collapse.”

“But I think a lot depends on when the Fed hits the inflection point.”

But Tan said, among the riskier currencies, the Philippine peso is one of the most vulnerable, given the country’s weak current account balance.

“And I think the Asian currency front is being drawn along with the external funding gaps to the Philippines, India, Thailand, etc against the backdrop of rising US interest rates. To short-term weakness within Asia.”

However, on Thursday, the central bank of the Philippines raised its key policy rate by another 50 basis points, signaling further hikes in the future. By narrowing the currency differential with the US dollar, the risk of capital flight and foreign exchange rate crashes is mitigated.

He warned that downward pressure on Asian currencies could increase, especially in light of expectations that the Fed will continue to raise rates through the first half of 2023. Yet he also does not expect another Asian financial crisis. I haven’t

“Instead of selling foreign exchange reserves to support the currency, we are letting the exchange rate absorb external pressure.”

“Also Asian [emerging market] The government has pursued a more prudent macroeconomic policy in recent years than before the 1997 crisis. ”

“The current situation is nothing compared to the catastrophe we faced during the Asian crisis,” said Manishi Raichauduri, Asian equity strategist at BNP Paribas.

The depletion of foreign exchange reserves triggered the Thai baht’s volatility and subsequent crash during the 1997 financial crisis.

Some Asian economies are maintaining balance of payments surpluses and healthy foreign exchange reserves through initiatives such as the multilateralization of the Chiang Mai Initiative in 2010 and multilateral currency swap agreements among ASEAN+3 member countries. says Bert Hofman. National University of Singapore.

Nonetheless, Vishnu Varathan, head of economics and strategy at Mizuho Bank, said the foreign exchange turmoil in emerging Asia remains severe and could trigger a similar recession like the 2013 Taper Tantrum. said to be high. Mitigation through the sale of bonds and equities.

“The panic over the imminent financial crisis and the resulting crash in Asian emerging market foreign exchange rates is arguably overstated … although the threat of sustained currency turbulence has not been ruled out,” he said. Stated.

“Therefore, we cannot ignore further downside exchange rate risk while refraining from saying, ‘This time it will be different.’”

Despite the concerns, there are positives in the market.

“There’s been a lot of talk about the weakness of the renminbi, but in fact, when you compare the Chinese yuan to other regional currencies, China is holding up relatively well,” Evans told CNBC. .capital connection” On Thursday.

“So it’s a very stable currency compared to baskets.”

However, China’s economic slowdown could accelerate capital flows into China and out of the country, which could have a greater impact on the Chinese yuan, he added.