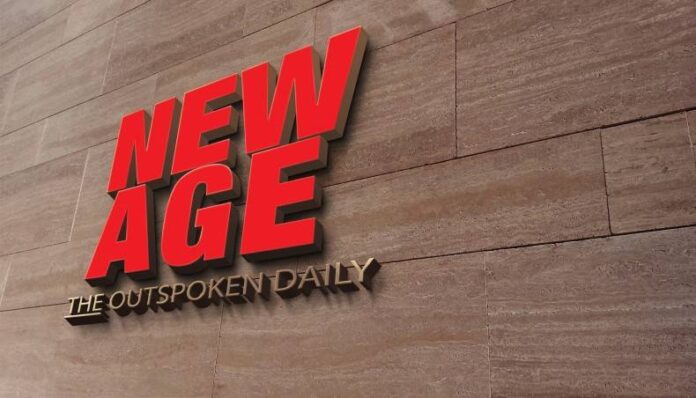 The US empire will face competition in the Asia-Pacific region. A few years ago, the empire could not have imagined it. Competition gets tougher.

For the empire, the Asia-Pacific region was its own yard, a self-realm for maneuvering, forward positioning, control, and exploitation of resources and labor to counter the then-Soviet Union and China. All the economic potential of the region was within reach of the empire. That was the reality, and the empire imagined this reality to last.

However, the planet has orbited the Sun many times, and the foundations of its Empire’s imagination are drying up. All are not as docile as the Empire hopes, as the Empire’s capabilities are weakened.

Chinese President Xi Jinping resonates with the changing reality that the Asia-Pacific is no one’s backyard.

To the Empire, this statement sounds strange. But this is the reality today. This area is neither front nor backyard for everyone.

For years, empires have looked to the Asia-Pacific region as a new battleground for military power. That’s what the empire wants. Its economy needs this region. That war industry needs this.

Since its defeats in Vietnam, Laos and Cambodia, the empire has felt the urgency of expanding its military presence in the region. Its so-called War on Terror diverted its attention and resources to other areas. Latin America, a region considered a backyard, was undergoing troublesome development for the empire. But the importance of the Asia-Pacific region in designing world domination could not be ignored. Since President Obama took office, the Asia-Pacific region has been declared critical to its design.

Initiative has been taken. A change of government in the empire did not change the geographic strategy of the region. They are now being pursued with great vigor.

As announced by President Xi Jinping, this empire’s actions face a new reality. The Asia-Pacific region should not become a playing field between great powers. Neither power nor time will allow a new Cold War to begin.

China’s leaders softly reiterated the reality, but nothing more: “The 21st century is the century of the Asia-Pacific. As members of this region, we will pursue economic development.” We’ve come a long way on Top, and we’ll be writing even more glorious chapters in the years to come.”

This is a more glorious chapter, repeating the region’s aspirations.

In response, President Xi made the following six proposals in his statement at the CEO Summit of the Asia-Pacific Economic Cooperation (APAC) held in Bangkok on November 17. (a) Strengthen the basis for peaceful development; (b) adopt a human-centred approach to development; (c) Pursue greater openness; (d) strive for higher standards of connectivity; (e) building stable and unhindered industries and supply chains; (f) promote economic development;

Xi’s statement issued a warning by describing one aspect of today’s economic situation in the region. And chaos sends these to a dead end.

President Xi proposed cooperation on regional development and security. He rejected attempts by interested parties to start an Asia-Pacific version of the Cold War.

Current realities in the region, empires, and empire-led camps have elements that ignite the Asia-Pacific Cold War. This is reflected in the provocative actions that started with the moves by Pelosi and Taiwan, followed by similar moves in Taiwan and other regions.

This reality of provocation, inciting tensions and initiating an arms race has led China’s leaders to say: The Asia-Pacific should not be turned into a playing field for great powers to organize a new Cold War. Attempts are not permitted by people, nor by our time.

Xi’s statement, as he said, sends a signal against dominance: unilateralism and protectionism, attempts to politicize and weaponize economic and trade relations rejected by all It should be.

It seems absurd that proponents of free trade and the free flow of capital are resorting to protectionism. Parties unilaterally determine the rules of business. Second, it demands that everyone follow the rules (the rules-based international order), although it is unclear who defined which rules. It was also not determined who had the authority to define the rules.

Such a unilateral way of defining rules is impossible for everyone, not just China, to accept. Rulers who unilaterally define rules may, at their convenience, decide that certain trading regimes and economic and political measures are not rule-based. and can take countermeasures unilaterally.

As a result, the empire resorts to whatever means necessary to halt China’s trade journey. In addition to these measures, there are military moves.

What if the situation becomes confrontational and the existing environment for strengthening trade ties is curtailed?

Do the capitals engaged in these trade and other economic activities in the region favor a confrontational atmosphere? Will that atmosphere contribute to furthering their interests? Europe is the answer to this question.

Essentially, there is competition in the region between China and the United States. Today the competition is in the field of trade. Tomorrow is politics, weapons and war.

Today, the overriding question for the region’s capitals is whether China or the United States can bring more opportunities, greater benefits, and more benefits. In many areas, empires are losing ground.

This makes the empire more aggressive, war-minded, and reckless. Additionally, in prosecuted or belligerent situations, the war industry is profitable. The war industry needs fodder.

The empire is increasingly involved in issues of the South China Sea, freedom of navigation, Taiwan and the Taiwan Strait, the deployment of warships, the organization of military alliances, and military exercises. There are even attempts to bring NATO into the region. Former US Secretary of State Hillary Clinton has identified the region as a national interest of the United States. The interests of the empire are scattered all over the world! Everyone should believe this claim!

It is the capital’s choice which side takes precedence among the countries in the region, which is currently one of the fastest growing regions in the world, accounting for 50% of the world’s economic output. This preference is made on the basis of interest by the capital or from competing sides. Charging status narrows this selection. The EU, which enforces sanctions today, now turned into a branch of NATO, is also a testament to this problem.

At the same time, this climate of competition between capitals will affect the people of each country, affecting their lives and their struggle for democracy. It is the choice of the pro-popular political forces to oppose imperialist plans, war alliances, warmongers, and the economic system being imposed on them.

Farooque Chowdhury is from Dhaka, Bangladesh.